On Track with Johnny D: Your Final Derby Prep

It’s roughly 14 more sleeps (catnaps not included) until they run America’s most important race the Gr. 1 Kentucky Derby. The Gr. 1 Breeders’ Cup Classic and a few other stateside events are worth more money, but the Run for the Roses remains the Holy Grail for the majority of racing folk, including breeders, owners, trainers, jockeys, stable and farm hands.

Horseplayers, also, find particular delight in cashing a ticket on the Kentucky Derby. Even though it’s often effectively argued that money earned via an $11 mutuel payoff on the Derby winner spends much the same as an equivalent return on the first one home in the fourth at Podunk Downs, there’s a certain je ne sais quoi that accompanies Kentucky Derby wagering success.

Larger purses elsewhere? Sure. A lot larger. This year’s Kentucky Derby bounty is $3 million. That’s a nice chunk of change but still a hefty $17 million short of the Gr. 1 Saudi Cup treasure trove in the world’s richest horse race. Of course, in 2021, Saudi’s had an extra $10 million in purse money lying around from the 2020 edition because they still haven’t paid connections of winner Maximum Security, pending an investigation related to assorted federal charges against trainer Jason Servis regarding illegal substances. Of course, on that front, the Kentucky Derby inadvertently outdid the Saudi Cup in the 2019 Kentucky Derby when stewards immediately disqualified Maximum Security for interference. The winner’s share of the purse that year went to original runner-up Country House.

The 2020 Breeders’ Cup Classic purse was $6 million—twice that of the Kentucky Derby! But go ahead and poll America’s horseracing community and they’ll choose winning the Derby over the Classic (or Saudi Cup) in a landslide. Why? Because money isn’t everything? Not exactly. It’s more because the Derby is everything.

Since 1876, kids have gone to sleep dreaming about winning the Kentucky Derby. Adults, too. As Hall-of-Fame jockey Chris McCarron once explained, “It’s the first thing people ask when they hear you’re a jockey, ‘Have you ever won the Kentucky Derby?’ Thankfully, I can answer ‘yes.’ Then they’re really impressed.”

Likewise, at this time of year, ‘Who do you like in the Derby?’ is what horseplayers commonly hear from friends and acquaintances. And we desperately want to have the right answer. Not because they’re liable to rush out and wager on our tout. No, it’s a matter of pride. Picking the winner of the Kentucky Derby is akin to the Bambino calling his shot—pointing toward the bleachers and then landing one there.

Two weeks out, how best should we proceed in order to have the Derby winner’s name on the tip of our tongues? Good question. You’ve obviously watched (and maybe wagered) on the prep races, especially the 16 included in the Championship Series. If you’ve missed any of those, visit Xpressbet’s Replay section and check them out.

A close review of the past performances of the runners is critical. Read all you can about possible Derby starters because you may pick up an angle or two that could help in solving the puzzle. Xpressbet’s FREE Kentucky Derby Wager Guide will be available online beginning Friday, April 23, and will be updated the following week. That’s a great resource for information, including selections, wagering strategies and workout analysis from nationwide racing experts. Plus, the Guide’s FREE and worth twice the price!

Since this is your final prep before the Derby, it’s a good idea to rank runners according to the following criteria:

With 20 Derby starters, you can’t use them all. Gotta break some eggs, i.e. toss horses from your tickets. Ranking them in the above categories is the best way to get a feel for who you want, who you need and who you can live without.

Here’s a quick look at a few worth including in your ‘Who Can Win?’ Category.

There were 36 total races awarding U.S.-based points toward spots in the Kentucky Derby starting gate and from the very beginning—the fourth race on the schedule in the Gr. 1 Breeders’ Cup Juvenile--Essential Quality and Hot Rod Charlie gave us a preview of what might happen six months later in Louisville.

Just three horses won at least two of those 36 Derby points races: Life is Good (2), Greatest Honour (2) and Essential Quality (4). Only the latter will be in the Louisville starting gate. Essential Quality is the race favorite and with good reason. He won the Gr. 1 Breeders’ Futurity in October and the Gr. 1 Breeders’ Cup Juvenile in November, both at Keeneland; the Gr. 3 Southwest at Oaklawn in February and the Gr. 2 Blue Grass at Keeneland in April. That’s about as pretty a Derby prep race schedule as you’ll see. Oh, and let’s not forget that he also broke maiden first time out at Churchill Downs, site of the Kentucky Derby. His Beyer Speed Figures have improved steadily from a 69 earned in the maiden score to a 97 posted last out in the Gr. 2 Blue Grass.

Hot Rod Charlie came tantalizingly close to defeating Essential Quality in the Gr. 1 BC Juvenile in November. At massive 94-1 odds, he took the lead in the stretch and was caught by the Derby favorite in the final yards. Since racing two turns on dirt, this son of Oxbow has won two races, been second by three-quarters of a length and third by a neck. One win was in a maiden race going one mile at Santa Anita, while the other efforts came in graded stakes races from California to Louisiana. His Beyer Speed Figures have improved race-by-race, from a low of 51, first out going five furlongs, to a high of 99, last out in the Louisiana Derby, without a regression. That shows outstanding development from two to three.

Rock Your World is the most interesting ‘now’ horse. Unbeaten in three starts, his first two tallies came on Santa Anita turf, going six furlongs and one mile. He announced his presence on the Kentucky Derby scene with authority in a more than four-length, wire-to-wire victory over favored Bob Baffert runner Medina Spirit in the Santa Anita Derby. His Beyer Speed Figure of 100 is the highest earned by any Derby starter (Hot Rod Charlie earned 99 in the Gr. 2 Louisiana Derby and Essential Quality posted a career high of 97 in the Gr. 2 Blue Grass). Have we already seen the best this son of Candy Ride has or is there more in the tank for trainer John Sadler and jockey Joel Rosario to tap? There’s no way of knowing. That’s why with him you should get decent odds. The speed and ‘stick’ he displayed in Arcadia fits the profile of many recent Derby winners—use a high cruising speed to discourage pursuers. However, he’s still green, understandably so, with just three races under his belt. He was late to change leads in the Gr. 1 Santa Anita Derby stretch and then jumped back to his left lead with a sixteenth of a mile to go. Ultimately, style points don’t count, who gets there first does, and he powered away late like extra distance won’t matter.

Bottom line, no matter what it pays, cashing a ticket on the winner of the Derby is not the same as hitting any other race. You’ve got to be a racing expert to pick the winner of the Derby (at least that’s what we tell ourselves when we’re correct), any old horseplayer can cash a ticket at Podunk Downs. Both are fun, but one is more gratifying than the other.

It’s time for your final Derby prep. Are you ready? 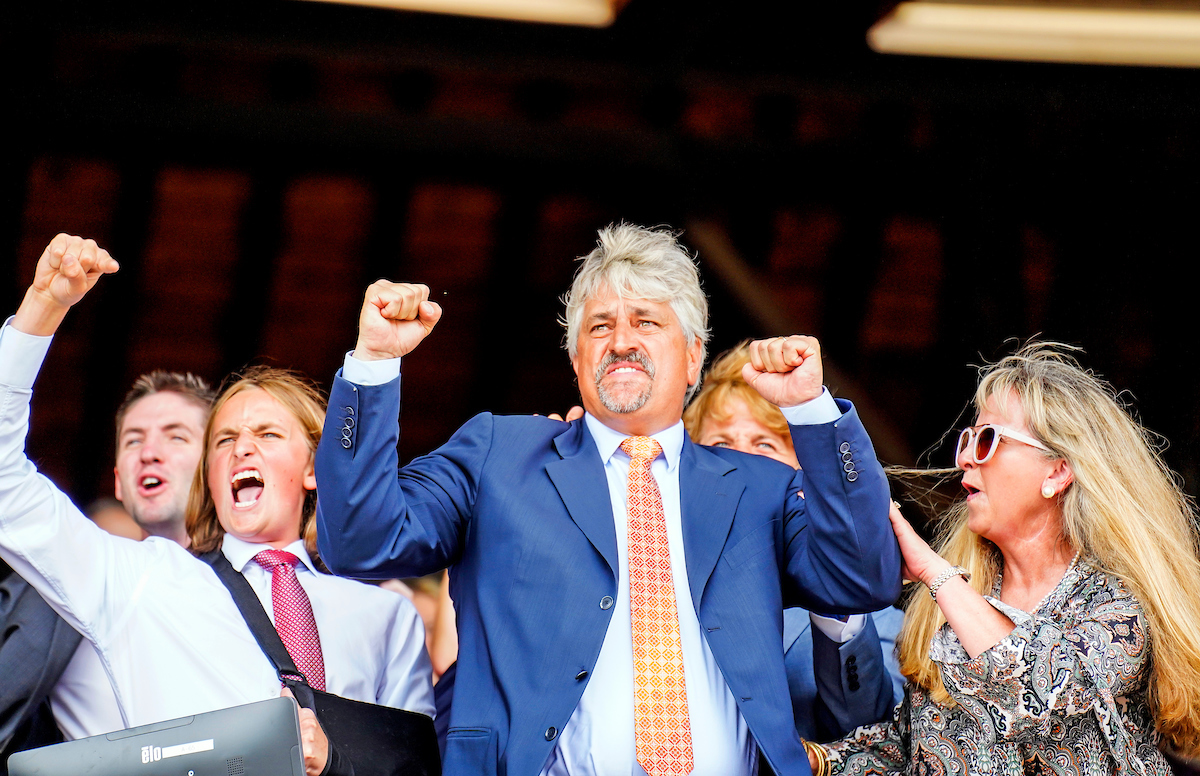