‍The Lead:
Turf sprints top the marquee at both Gulfstream and Santa Anita on Saturday. After a nice cash in this space last week in Southern California, I'll stick with Santa Anita and focus on the $100,000 The Sweet Life at 6-1/2 furlongs down the hillside course. It's race 9 on the card so it will tie into both the Golden Hour Double and Golden Hour Pick Four with Golden Gate Fields for its sister track's big El Camino Real Derby Day card.

​Field Depth:
This is a Grade 3 in classification, but the field hasn't proven themselves at this level. ELLAMIRA, in fact, is the only stakes winner. DOLLY MAY is stakes-placed. DOLLY MAY and the French filly OURAIKA have faced the top competition among these. This race absolutely is ripe for a class riser in good form

Pace:
With no must-have-the-lead types, HALF PAST TWELVE, BABY STEPS, IMPEACHD ALEXANDER and SHE'S SO SHINY all are candidates to compete for the front. Jockey intent will be key and front-friendly pilot Ricardo Gonzalez may be most likely to use the speed of IMPEACHD ALEXANDER. Deep closers will be challenged with a moderate pace to overcome.

Our Eyes:
OURAIKA comes to SoCal for the first time, via her Maryland new homebase and form lines from France and New York. Since 2017, her trainer Graham Motion is a surprisingly weak 2-44 at Santa Anita/Del Mar with only 1 of those wins in a stakes. That Motion's first inclination stateside with her was to run 1-1/16 miles gives me some pause just how effective she'll be over a top-of-ground, super-fast course like the downhill sprint. I'll try to beat her.

Golden Gate Debutante winner ELLAMIRA wasn't as effective on the Santa Anita turf as she was the Tapeta in Northern California. She didn't really fire with any rally in the Cal Cup Oaks at a turf mile. She and HALF PAST TWELVE are the only horses in this race who aren't eligible for non-winners of 2 lifetime, but the latter's last win came in allowance company at 21-1 and she's been beaten solidly in both prior bids after a victory. HALF PAST TWELVE out-dashed BABY STEPS in that allowance, though trainer Ryan Hanson's barn has picked up steam in the past week or so. BABY STEPS may be preferred of this trio, though none of them jump out at me.

The duo that lure me both won maiden races last out, URBAN and SHE'S SO SHINY. They're drawn in posts 9 and 10 on the outside, an advantage on the snaking, downhill course. URBAN was well thought of enough to be thrown into a stakes in her second start while still a maiden and wasn't embarrassed. She's got a win and third over this course. SHE'S SO SHINY should relish the outside post after wiring a turf mile maiden claimer last out in a time that matches up with anything this field has put out there. Turf milers with pace often excel down the hill, which also bodes well for last-out maiden breaker I GOT A GAL, who is training strongly but may be over-bet off a troubled start last out and wild recovery.

Most Certain Exotics Contender:
URBAN is 5-5 in the superfecta lifetime and has ace Flavien Prat guiding the way.
​​
Best Longshot Exotics Contender:
I'm thinking there will be maiden claimer anti-bias with SHE'S SO SHINY and hoping that's the price.​ 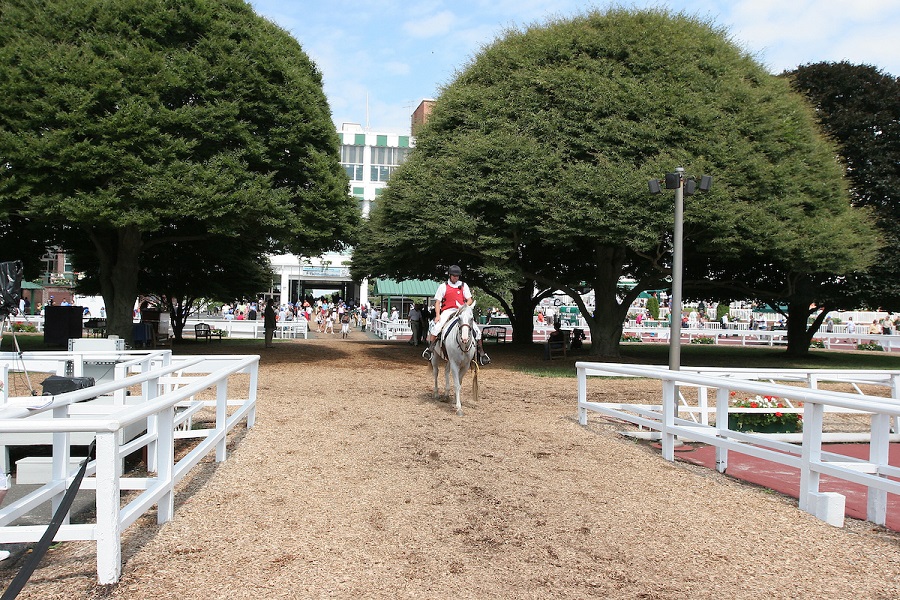