BALTIMORE – Yuji Inaida’s France Go de Ina is unusually well traveled for a 3-year-old colt with a four-race career for a trainer who has never hesitated to venture away from Japan for major international stakes.

France Go de Ina, who arrived at Pimlico Race Course Saturday evening for a scheduled start in Saturday’s 146th Preakness Stakes (G1), will be the second horse saddled by trainer Hideyuki Mori for a start in a U.S. Triple Crown race. Sky Captain, who finished 14th in the 1995 Kentucky Derby (G1), was the first of six horses that Mori has brought to the U.S. to compete in Grade 1 stakes.

The 62-year-old Mori, who most recently saddled Jasper Prince for a 14th-place finish in the 2020 Breeders’ Cup Sprint (G1) at Keeneland, hasn’t broken through with a Grade 1 victory in the U.S., but he has made history throughout the world.

“He’s been traveling since he first launched his stable,” said Kate Hunter, the Preakness field representative for the Japan Racing Association, Sunday morning at Pimlico. “He was the first Japanese trainer to win a Hong Kong International race, and now [the Japanese horses] win that every year. He was the first to win an international Group 1 abroad, it was in France.”

Mori made history in France in 1998 when he saddled Seeking the Pearl for a victory in the Prix Maurice de Gheest (G1) at Deauville.

“He’s quite the pioneer and continues to prove that year after year sending these horses abroad. He likes to travel and give his owners a unique experience,” said Hunter, who reported Mori will arrive at Pimlico Monday. “It’s a great honor in Japan to say, ‘I raced in Saudi Arabia, I raced in America, I raced in the Preakness.’ It’s something special and a unique opportunity to provide his clients.”

France Go de Ina, who won two of his first three races in Japan, shipped to Dubai, where he finished a troubled sixth in the UAE Derby (G2) March 27 before returning to Japan. The son of Will Take Charge shipped from Japan May 5 to Los Angeles, where he was in quarantine for two days before shipping to Newark, N.J. and vanning to Pimlico.

“You’re looking at a horse who can deal with a lot. American horses in general are probably more used to traveling than most of the Japanese horses. They’re pretty good at long van rides but they don’t fly very much in Japan so to have a horse who can handle, not only flying to America, but flying to Dubai and back and then over here,” Hunter said. “If he can give us a solid performance, it will be pretty amazing because that’s real tough on the horse.”

Hunter reported that France Go de Ina settled nicely in his stall at Pimlico. The Kentucky-bred colt, who was purchased for $100,000 at the 2019 Keeneland September sale, is scheduled to breeze at Pimlico Wednesday.

“He’ll walk the opposite way around the track one lap, then gallop around two laps. We’ll decide how far he’ll breeze on how he shipped in and how far they want to push him, but he’s traveled well,” said Hunter, noting that France Go de Ina will go to the track alone at 10:15 a.m. each day due to quarantine regulations. “He settled good and he’s eating really well. Apparently, he remembers his American oats and is quite happy to have them back.”

France Go de Ina, who will be the first Japan-based horse to run in the Preakness since Lani (5th in 2016), is likely to school in the starting gate at Pimlico in the hope that he will break more sharply in the Preakness under Joel Rosario than he did in the UAE Derby.

“He didn’t break very well or quickly out of the gate. In Japan, it’s not so much of a big thing because the racing is slower there over the dirt, so he’s been good at regaining ground or taking the lead even in some of those races,” Hunter said. “We’ll probably leave a lot of it up to Rosario at the end of the day, but getting him out of the gate quickly will be a priority. We’re going to work him in the gate and make sure he gets used to having an assistant starter in there, because he’s never had one and we didn’t use one in Dubai and probably should have. But hindsight is 20-20.”

Gary and Mary West’s Concert Tour worked five-eighths of a mile in 1:00.40 Sunday morning at Churchill Downs under jockey Martin Garcia, who frequently works horses for Baffert. Mike Smith will be aboard in Saturday’s Preakness.

“Integrity in the sport of Thoroughbred horse racing is the ultimate priority for 1/ST RACING and the Maryland Jockey Club (MJC). 1/ST RACING has been an industry leader instituting processes and protocols that have led to nationwide medication reform and increased accountability. We are committed to achieving the highest level of horse care and safety standards, and we have a proven track record of pushing those standards forward.

“1/ST RACING and MJC intend to review the relevant facts and information relating to the reported medication positive as a result of the post-race blood sample testing completed by Churchill Downs following the 147th Kentucky Derby involving Medina Spirit trained by Bob Baffert. We are consulting with the Maryland Racing Commission and any decision regarding the entry of Medina Spirit in the 146thPreakness Stakes will be made after review of the facts.”

Medina Spirit and Concert Tour are scheduled to leave Churchill Downs Monday afternoon to van to Baltimore, arriving at Pimlico about 3 or 4 Tuesday morning.

The Brown trainees worked in company at Belmont Park in 1:01.76, the third-fastest clockings of 18 recorded at the distance. Brown’s horses will ship from Belmont Park to Pimlico Race Course on Tuesday.

Brown, who won the 2017 Preakness with Klaravich Stables and William Lawrence’s Cloud Computing, had announced Friday that Risk Taking would join stablemate Crowded Trade in the Preakness. Crowded Trade was third in the Wood Memorial (G2) in his third career start. Risk Taking finished seventh as the 2-1 favorite in the Wood Memorial after winning the Withers (G3) by 3¾ lengths. He was the morning line-favorite for Saturday’s Peter Pan (G3) at Belmont Park, but owner Seth Klarman opted to scratch from the race and try the $1 million Preakness, which is run around two turns.

Hall of Famer Javier Castellano has the mount on Crowded Trade, while Jose Ortiz has the assignment on Risk Taking.

Trainer Michael McCarthy reported Sunday morning that his Preakness Stakes (G1) candidate Rombauer came out of his workout Saturday morning at Santa Anita in good shape. The Twirling Candy colt is scheduled to ship from McCarthy’s stable at Santa Anita Park in Arcadia, Calif. to Pimlico Race Course on Tuesday.

Rombauer, bred and owned by Diane and John Fradkin, earned a guaranteed berth in the Preakness with his victory in the El Camino Real Derby at Golden Gate Fields on Feb. 13. In his most recent start, the Kentucky-bred was third in the April 3 Blue Grass Stakes (G2) at Keeneland, 5 3/4 lengths behind Essential Quality. His five-furlong work in 59.80 seconds Saturday was his fourth since the Blue Grass.

Jockey Flavien Prat was up for the work Saturday and will ride Rombauer for the first time in the Preakness.

McCarthy, 50, a longtime assistant to recently elected Hall of Fame trainer Todd Pletcher, will make his Triple Crown series debut in the Preakness with Rombauer. He saddled his first starter for his public stable in January 2014.

Pletcher confirmed that Unbridled Honor looked good the morning after his timed half-mile work in 49.75 seconds Saturday. Unbridled Honor broke his maiden at Tampa Bay Downs on Feb. 6 in his third career start and has since finished fourth in the Tampa Bay Derby (G2) and second in the Lexington (G3) at Keeneland on April 10.

The son of Honor Code will be Pletcher’s 10th Preakness starter. The 1 3/16th-mile classic is the only Triple Crown race missing from the resume of the newly elected member of racing’s Hall of Fame.

Jockey Luis Saez will ride Unbridled Honor for the first time in the Preakness. Saez is taking over from Julien Leparoux, who was up for the gray colt’s last two starts.

Winchell Thoroughbreds LLC’s Midnight Bourbon will try to become the sixth horse in 12 years to win the Preakness (G1) after being beaten in the Kentucky Derby (G1). The colt raced on or near the lead in his prior starts, including taking the Fair Grounds’ Lecomte (G3) and finishing second in the Louisiana Derby (G2). But in the Kentucky Derby, he didn’t get out of the gate cleanly and found himself in 12th and well off the pace. Forced to race wide on both turns, Midnight Bourbon closed to finish sixth.

“We weren’t where we wanted to be, that’s for sure,” Scott Blasi, who runs Steve Asmussen’s Churchill Downs division, said of Midnight Bourbon’s Derby. “But just circumstances: the horse slipped behind and didn’t get away well. At the end of the day, he might actually benefit from taking dirt. There’s plenty of speed in this Preakness. Hopefully he gets away cleaner. It probably adds a new dimension to him, the fact that he made up ground in all that traffic. He didn’t do a lot of running early. I think he’s pretty fresh coming out of it. But I think he fits well with those horses.”

The son of Tiznow galloped Sunday morning at Churchill Downs and is scheduled to have an easy half-mile workout Monday morning before shipping to Pimlico Tuesday. 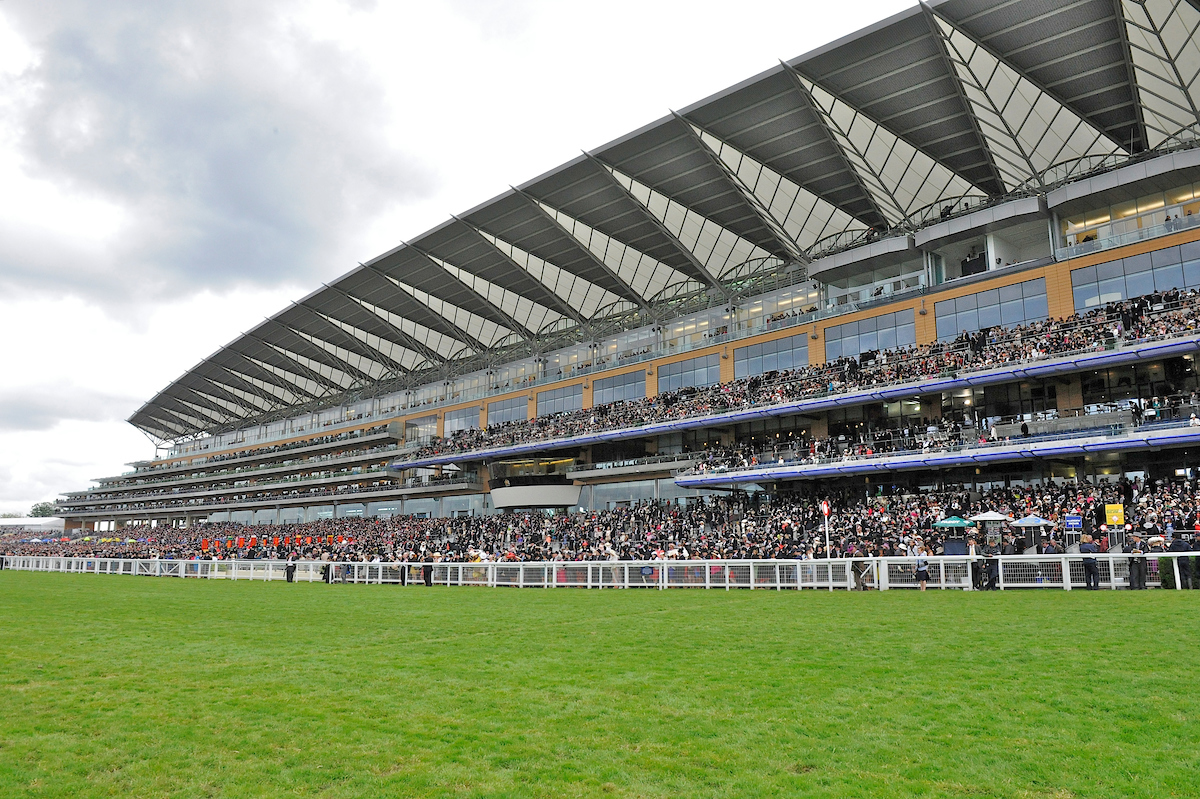 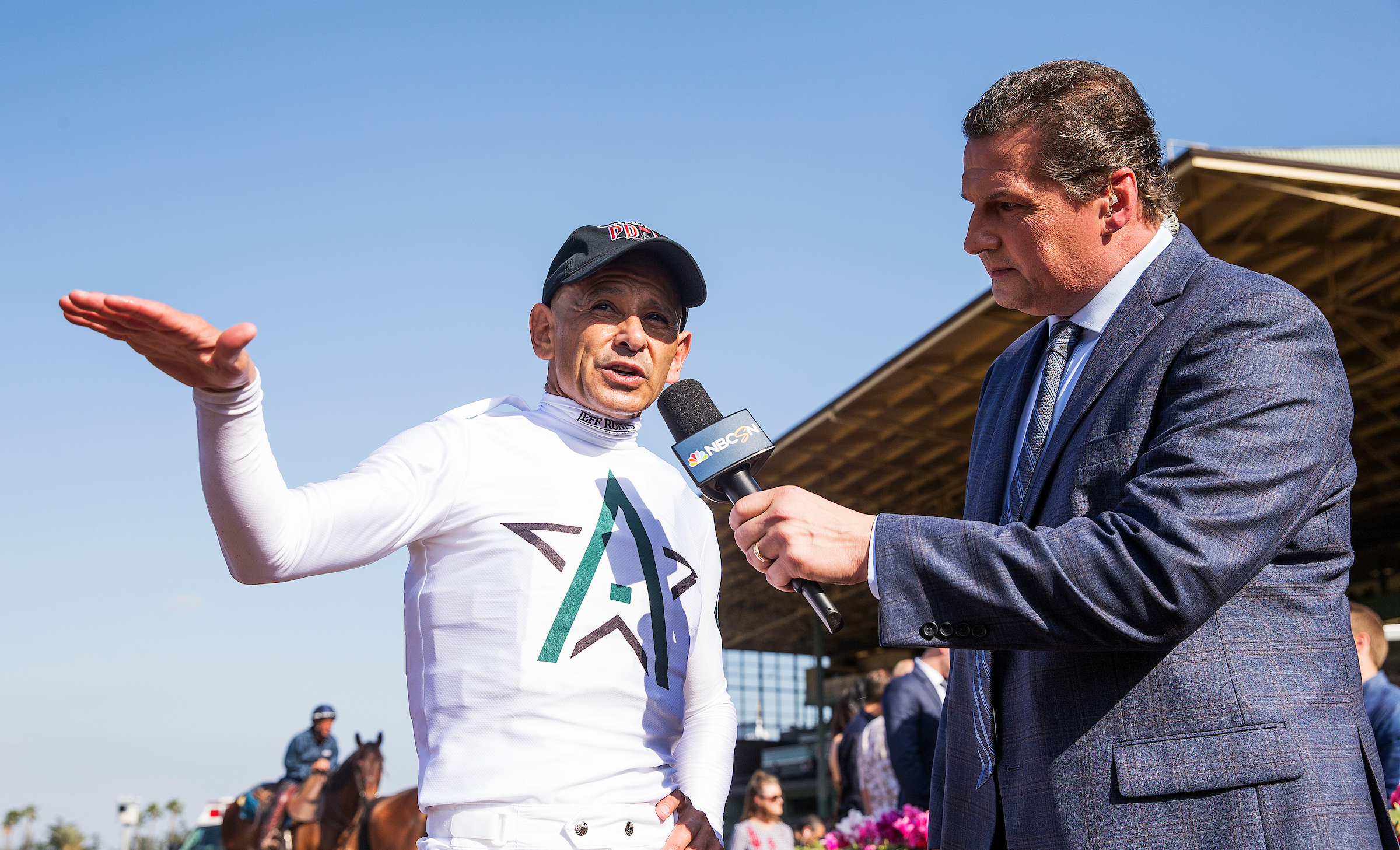 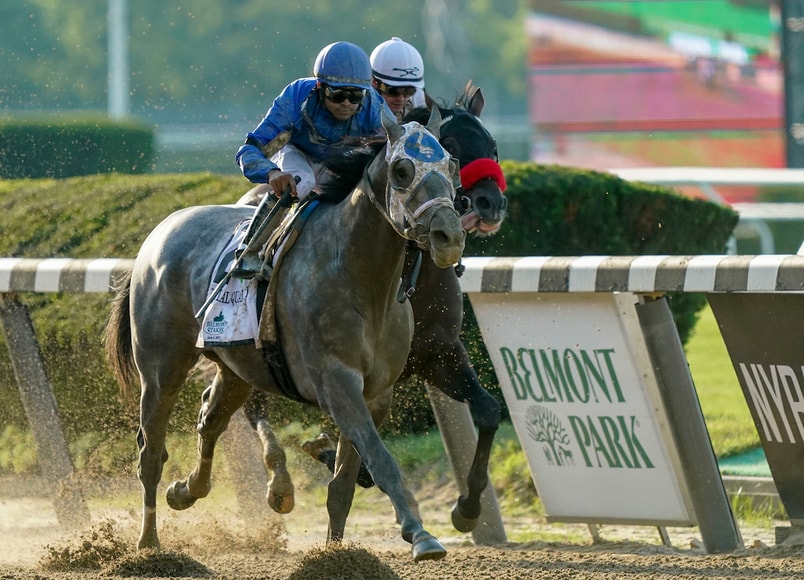