Medina Spirit led from start to finish in the Kentucky Derby (G1) on May 1, his first race outside of California. Concert Tour will return to competition in the 146th Preakness following a third-place finish in the Arkansas Derby (G1) on April 10. They shipped from Churchill Downs in Louisville to Baltimore on Monday.

Jimmy Barnes, the longtime assistant to trainer Hall of Fame trainer Bob Baffert, supervised the succinct get-acquainted-with-the-racetrack tour on the stable pony. Medina Spirit went out first at 7:40 a.m. and Concert Tour followed about 20 minutes later. Baffert’s three other horses entered in stakes on Preakness Weekend went out earlier in the morning. Beautiful Gift is scheduled to run in the Black-Eyed Susan (G2) on Friday. On Saturday, Following Sea will run in the Chick Lang (G3) and Hozier is set for the Sir Barton.

“Everyone jogged today,” Barnes said. “We had a long travel day yesterday, but they all handled the trip very well. We’re up here early, it’s just Tuesday so I gave them a light jog day today. We’ll gallop everything tomorrow.”

Concert Tour had his final Preakness work at Churchill Downs Sunday morning, covering five-eighths of a mile in 1:00.40 under jockey Martin Garcia. Mike Smith will be aboard in the Preakness.

Hall of Famer John Velazquez has ridden Medina Spirit in his last three races and will ride him in the Preakness.

Lukas Looks Back on 40-Plus Years of Preakness Memories

Hall of Fame trainer D. Wayne Lukas was back in very familiar territory Tuesday morning, sitting outside the Preakness Stakes Barn. After discussing his Preakness candidate Ram, who went to the track around 6:30 a.m., Lukas, 85, reminisced a bit about his 40-plus years of competing in the Middle Jewel of the Triple Crown at Pimlico Race Course.

Christina Baker and William Mack’s Ram will be Lukas’ record 45th starter in the Preakness, marking the 30th time his trainer has had at least one runner. Lukas won with his very first Preakness starter, Codex in 1980, and has been to the winner’s circle five other times, most recently with Oxbow in 2013.

Lukas said that Codex was assigned that last stall on the side of the barn facing away from the track and that his horses have been in that spot every year since.

Exercise rider Jade Cunningham was up on Ram for the trip to the track Tuesday morning.

“He just galloped a mile, but I let him catch his stride through the stretch, almost at a two-minute lick” Lukas said. “Just wanted to let him feel the track a little bit and see how he handled it.”

Lukas said he thought the son of American Pharoah got over the Pimlico surface just fine but without his usual enthusiasm.

“I didn’t think he had a lot of energy. He’s usually pretty tough to handle, but he was quiet and pretty mannered today,” Lukas said. “I didn’t do a lot with him, but I’m glad I took him out there and let him stretch his legs.”

Ram was purchased for $375,000 as a yearling in 2019. He secured his first victory on April 16 in his eighth career start, a $50,000 maiden claimer at Oaklawn Park. He followed that success with an allowance race win in the first race of the Kentucky Derby (G1) program.

Lukas said he was not surprised that it took Ram some time to emerge as a capable race horse.

“He was slow to develop, physically and mentally,” said Lukas, noting that the transformation took place over the winter in Arkansas.

The allowance win prompted Lukas to consider the Preakness.

“He’s gotten good lately,” Lukas said. “For that reason, I thought he deserved the chance; that plus I like to come here. I like this place. This is a fun race. Even if you don’t win, it’s enjoyable.”

Timing May be Right for Midnight Bourbon in Middle Jewel

Asmussen said the six weeks that Midnight Bourbon had between his runner-up finish in the Louisiana Derby (G2) and the Kentucky Derby now works in the Tiznow colt’s favor with the quick turnaround to the Preakness.

“With the spacing of his races previously, absolutely,” Asmussen said, referencing New Orleans’ Derby prep series. “It is only two weeks (from the Derby), but you’re backing up in distance.”

Midnight Bourbon started his 3-year-old season with a front-running victory in the Lecomte (G3) at 1 1/16 miles on Jan. 16, followed by a third in the 1 1/8-mile Risen Star (G2) a month later, with the Louisiana Derby five weeks after that. The Louisiana Derby was run at the Preakness distance of 1 3/16 miles.

Until the Kentucky Derby, Midnight Bourbon had never been worse than third, including a third-place finish in the Champagne (G1) at Belmont Park, won by his blazingly fast stablemate Jackie’s Warrior.

“Midnight Bourbon was very consistent coming into the Derby,” Asmussen said. “He wasn’t exactly in position to run his best race that day, by the break, traffic, different reasons.”

France Go de Ina took to the track by himself at 10:15 a.m. in accordance with quarantine regulations. With exercise rider Masaki Takano aboard, the Kentucky-bred chestnut son of Will Take Charge walked one lap around the Pimlico oval and then galloped another lap.

“He looked really nice,” Mori said through an interpreter.

France Go de Ina is scheduled to breeze on Wednesday.

Mori arrived in town Monday afternoon after traveling from Japan. He said the trip took 12 hours.

France Go de Ina last raced in the March 27 UAE Derby, finishing sixth. The 62-year-old Mori knows that his horse will be a longshot in the Preakness, but that isn’t deterring him.

“He will be one of those that you definitely want to put a couple dollars on,” Mori said. “Just in case. If he doesn’t race, he can’t win it. The odds don’t matter to us.”

Keepmeinmind, seventh in the Kentucky Derby (G1), left Churchill Downs by van about 5 a.m. Tuesday morning for a journey to Pimlico Race Course. The son of Laoban, owned by Cypress Creek Equine, Arnold Bennewith and Spendthrift Farm, will be the first Preakness Stakes (G1) starter for trainer Robertino Diodoro after being his first Derby starter.

Keepmeinmind is the only horse in the Preakness field who has raced against Concert Tour, who figures to be well-backed by bettors Saturday. Keepmeinmind finished a well-beaten sixth in the March 13 Rebel Stakes (G2) at Oaklawn Park in his first start of the year as Concert Tour rolled to victory.

Concert Tour subsequently finished third in the Arkansas Derby (G1) for his first career defeat in four starts and was kept out of the Kentucky Derby to await the Preakness.

Keepmeinmind went instead in the Blue Grass (G2) at Keeneland, finishing fifth.

“Oh, he’s a nice horse,” Diodoro said of Concert Tour. “He had a very speed-biased track the day he won at Oaklawn. But you can’t take anything away from him. Very nice horse. It’s going to be tough. I just feel like everything is lining up for us finally.”

Video The Grass Is Blue: Click here to view 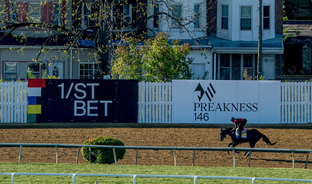 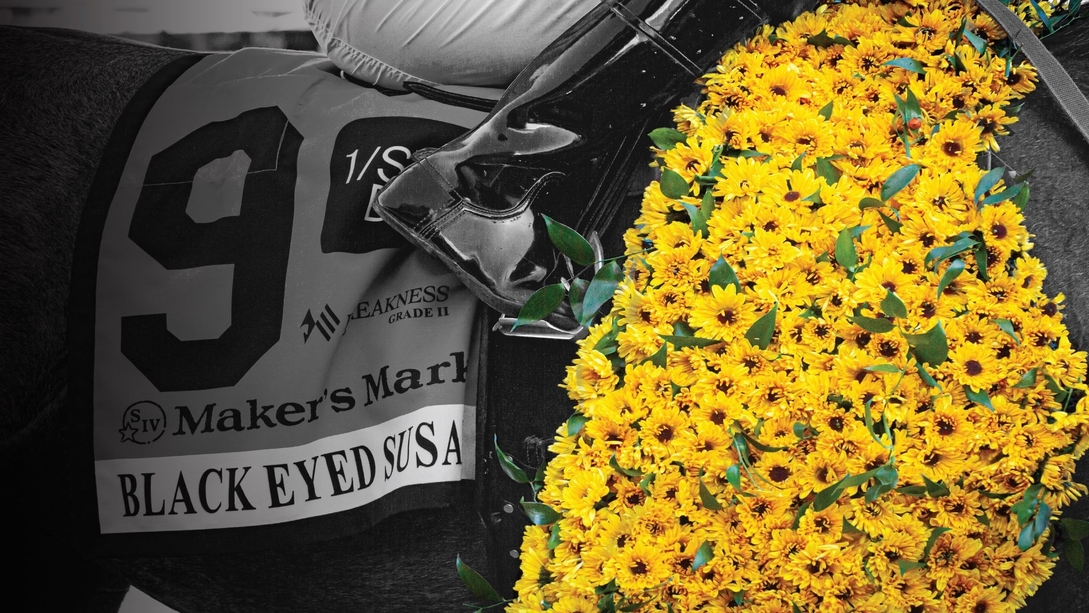 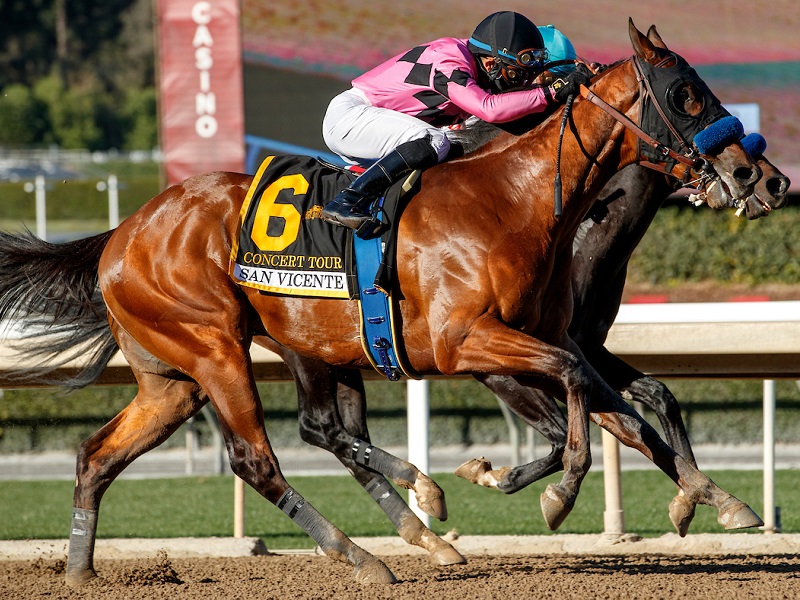 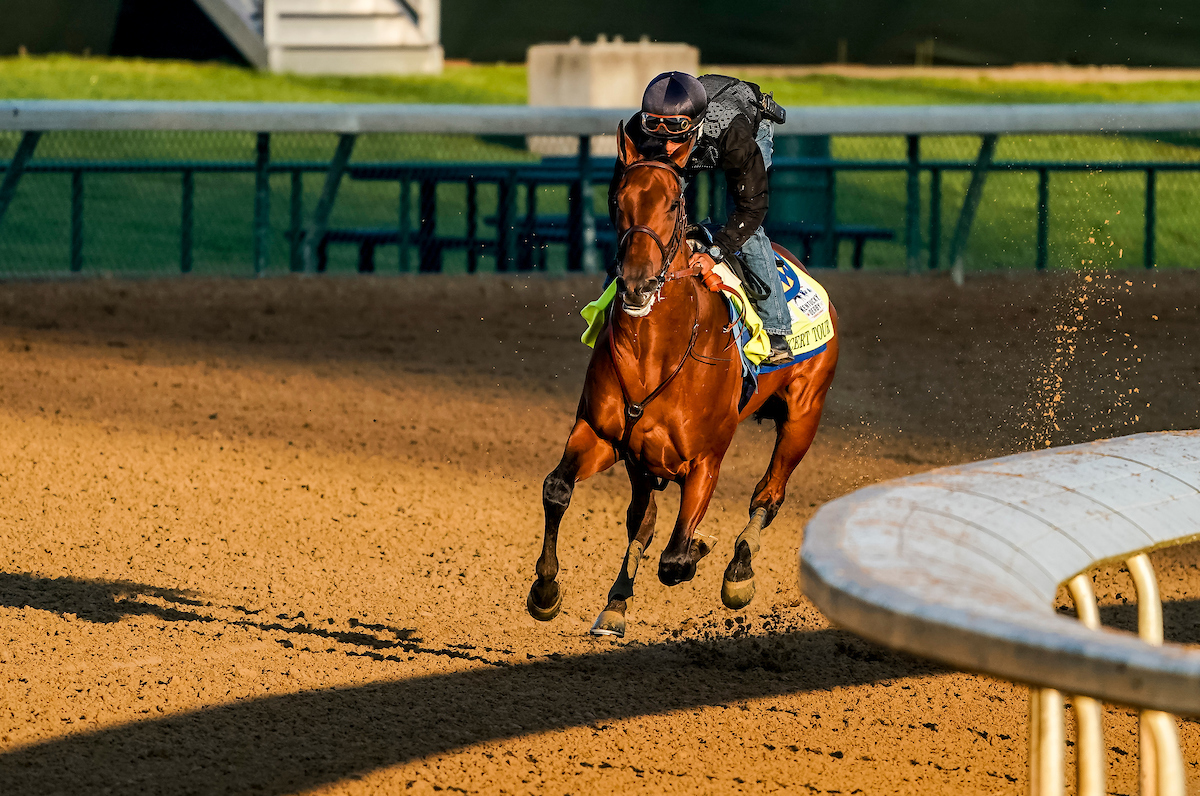 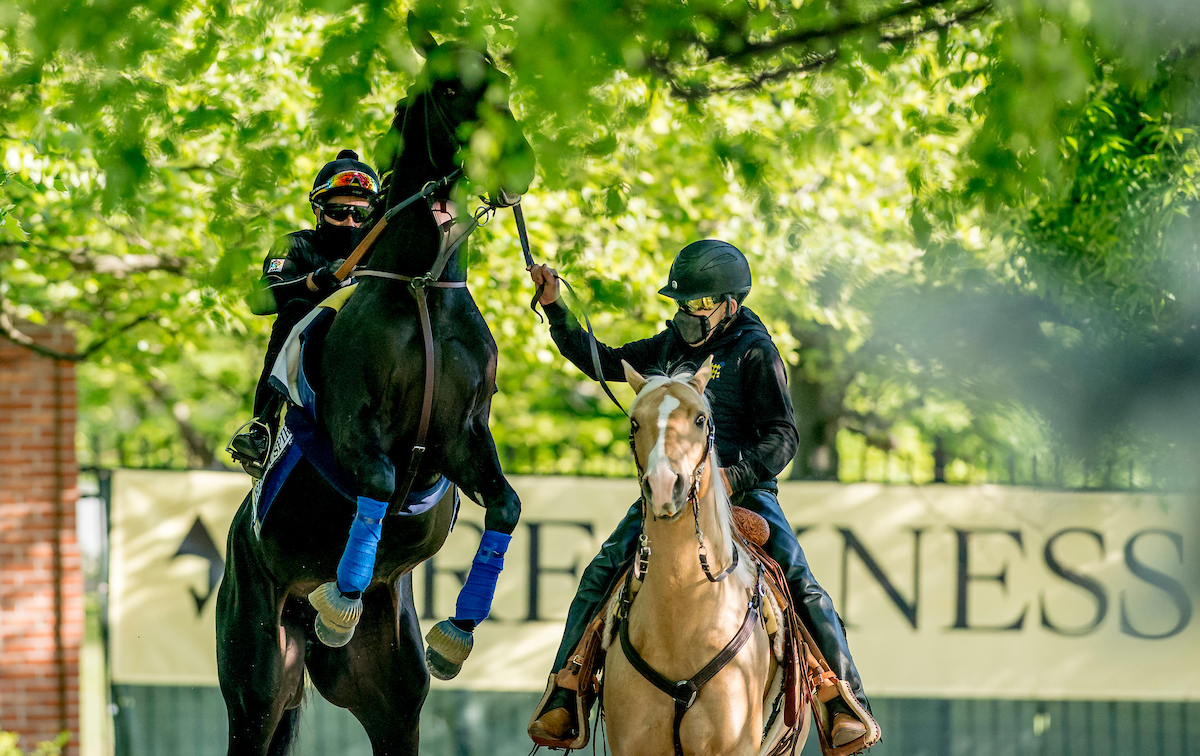 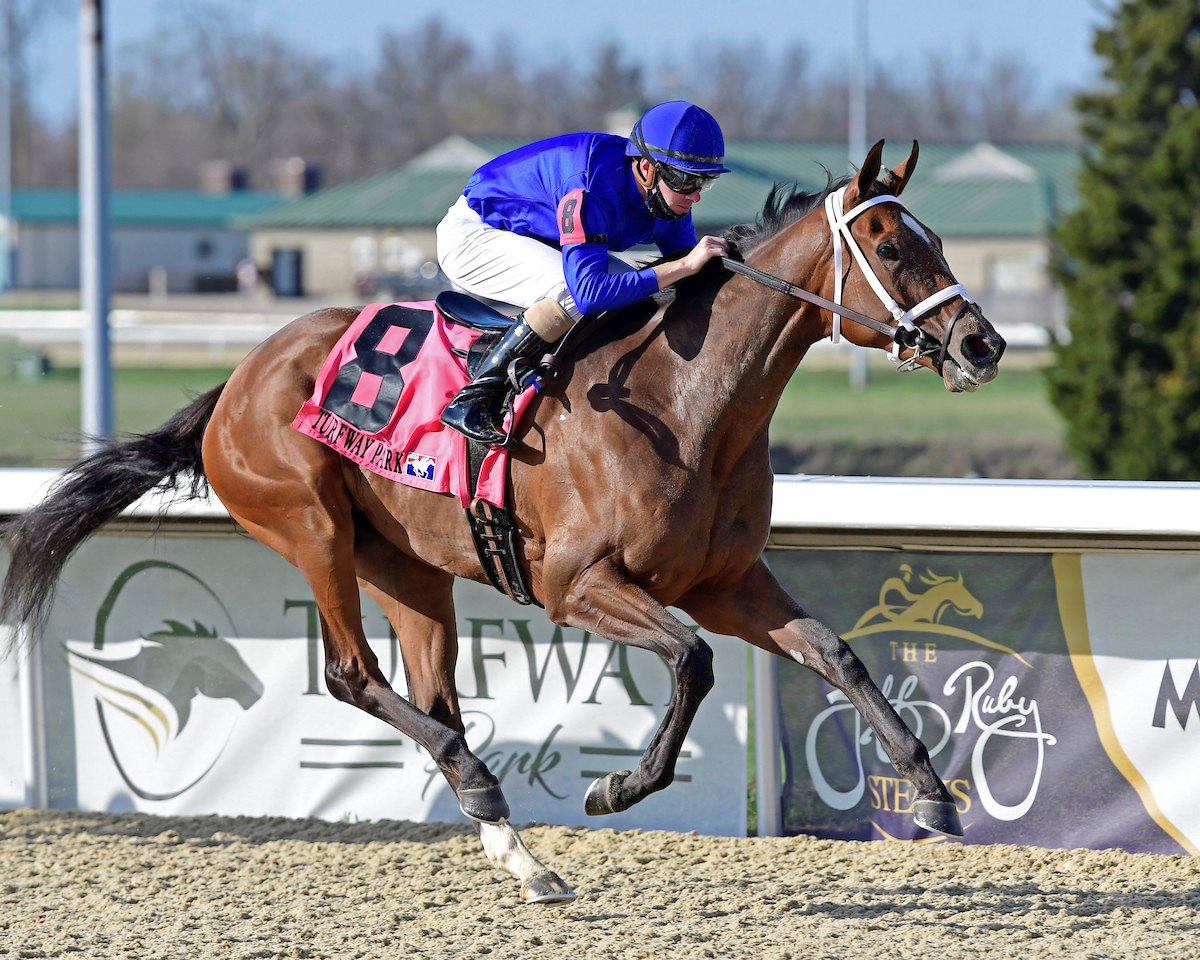 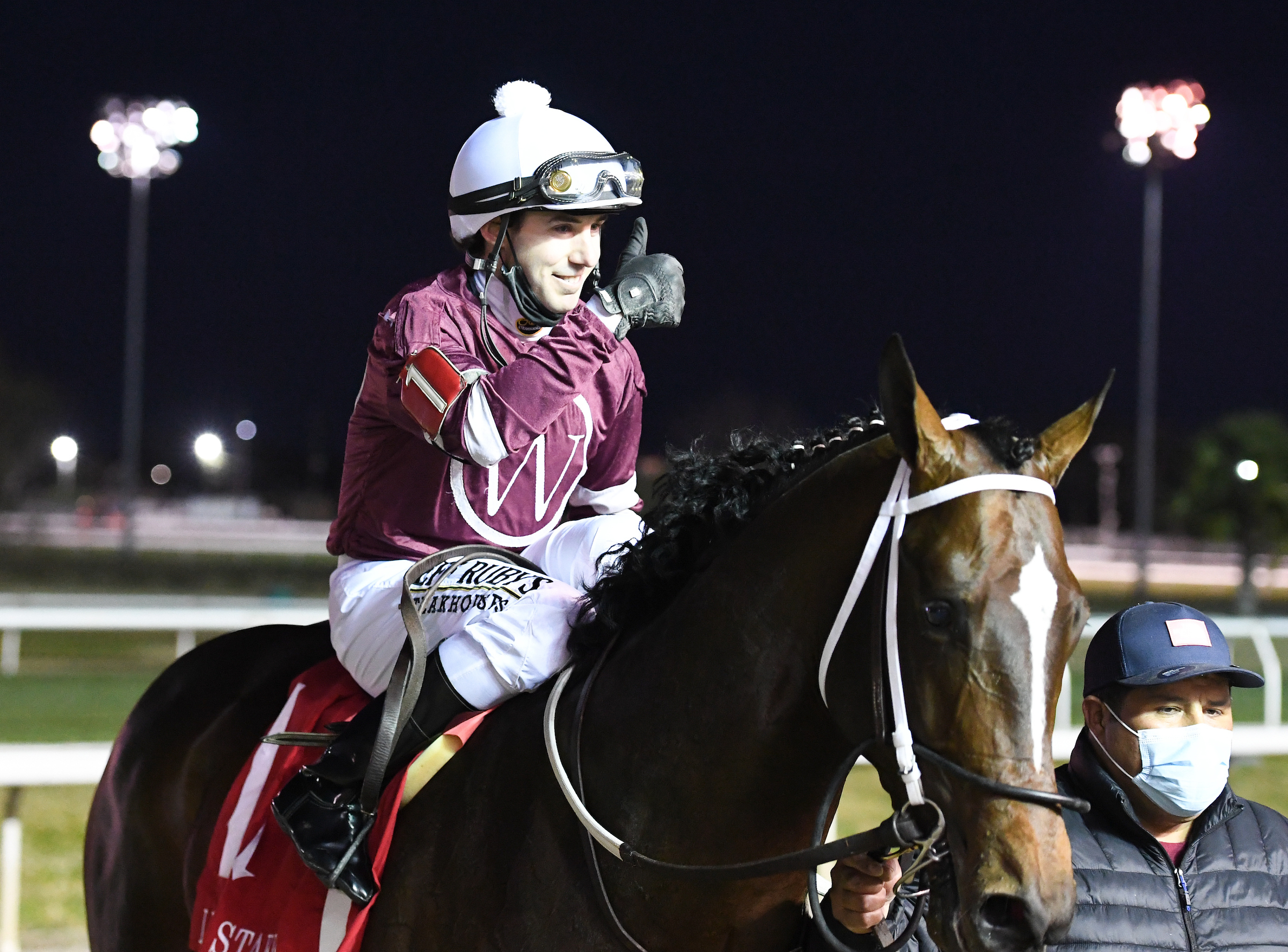