Fields for all 14 Breeders’ Cup Championship races, 5 on Friday and 9 on Saturday, were drawn Monday at Keeneland. A total of 184 horses were entered, including 37 international entrants. Let’s take a look at each lineup and the draws’ winners and losers competing for $31 million in purses.

Capped at 14 starters (3 also-eligibles), this 5-1/2 furlong grass sprint will challenge 8-5 morning line favorite Golden Pal, parked out in the farthest stall 14. But note Mongolian Saturday won the elder Turf Sprint the last time the BC was at Keeneland from that same 14-hole by pressing the leader from the 2-3 path. Posts 3-4-5 have a strong record at this trip in full fields at Keeneland. Those spots are taken by Lipizzaner, County Final and Cowan. The Europeans down inside could be compromised against US speed, Mighty Gurkha and the aforementioned Lipizzaner.

A full field of 14 (2 also-eligibles) has a lukewarm 5-1 morning line favorite in local Bourbon Stakes winner Mutasaabeq, who drew well in post 6. European raider Battleground starts from the 9-hole, which should be fine, while rising Canadian star Gretzky the Great has a tougher assignment from the 11 given his want to press the pace. But given that nearly all the early speed did not make the final body of this race, Gretzky the Great might be hustled to the front, and that could be the best move, or at worst sitting just off sprint-to-router Outadore (post 8).

The smallest field in this division’s history lured just 7 runners, and 9-5 morning line favorite Princess Noor is widest in the gate. Speedy Simply Ravishing has the rail and Dayoutoftheoffice figures forward from the 3-hole, but this field is loaded with first-over pressers and they’ll all want similar spots. The draw didn’t make a big difference; this is about riders working out the cat-and-mouse game.

The 14-runner capacity (2 also-eligibles) is in play in a race where the challenging early speed drew very wide and could ratchet up the pace. Aunt Pearl lured a good spot in post 5 as the 3-1 morning line favorite, but her early style will be hard-challenged by the wide speed of Campanelle (10), Royal Approval (11) and Union Gables (13). As strong as Aunt Pearl has looked in 2 straight wire-to-wire wins, the door to consider a closer may have creaked open with the other speeds needing to boogie. Poor Spanish Loveaffair was wide in the Jessamine when second-best and lured another tough draw in the 12 post. Alda may have been the big winner of the day from a closing style in post 1 saving all the ground.

The pace duel between Serengeti Empress (in post 7) and 7-5 morning line favorite Gamine (post 2) may have tilted to the elder filly at the draw. Serengeti Empress not only will be outside Gamine, but also speedy Venetian Harbor (post 6). Late-runners Bell’s the One (9) and Sally’s Curlin (8), get nice, wide draws to relax, settle and rally. This one just looks like such a defined pace scenario that horseplayers who like speed, and those who like closers, will be able to make well-rounded cases.

A capacity gate of 14 (4 also-eligibles) sees lukewarm 7-2 morning line favorite Got Stormy in the 12-hole for her late kick. Given her style, that’s not a bad deal here. Course record holder Leinster is well-drawn in post 7 over his favorite course. Posts 3-4-5 are advantaged over this trip at Keeneland in full fields. Drawn in those power posts are Imprimis, Front Run the Fed and Wet Your Whistle. The first two of that trio appear talented enough to cash in on an advantage. California speedster Big Runneur on the rail will have to use a lot of gas early and may be compromised.

Complexity, the 2-1 morning line favorite, drew poorly in post 10 of 12 (with 1 also-eligible). Posts 1-2-3 are advantaged in Keeneland dirt miles, and those spots belong to Art Collector, Sharp Samurai and Silver Dust. Local horse-for-course Knicks Go drew well in post 5 and may get loose on the lead. After the draw, it’s going to be hard for me to get past Knicks Go or Art Collector, but Sharp Samurai continues to ascend as a potential price player. Mr Freeze handled a wide trip in the Fayette and may have to do it again from the 9-hole.

Another full cast of 14 compete in this 1-3/16 miles grass race. Five-time Keeneland graded-stakes winner Rushing Fall starts from a good post 6 as the 5-2 morning line choice. Controlling speed Mean Mary is very well drawn in post 4. These two may go 1-2 around the course and challenge the European closers. Honestly don’t see anyone too upset about, or absolutely discredited by, this set of post draws.

The gate is full at 14 (1 also-eligible) in the 6-furlong Sprint, and 3-1 morning line favorite Vekoma starts from the far outside 14-hole. He’s not a pure sprinter and not the most efficient runner, so the wide draw might do him some good early in the clear. Though Vekoma may potentially be 4-wide on the far turn, that’s essentially how he won the Carter. The likely pace comes from Frank’s Rockette (6) and Yaupon (10), though CZ Rocket may have to push harder early now starting from the 2-hole. It could get a little dicey in the middle of the gate when front-wanting Empire of Gold (9) and Yaupon begin cross over. That outside for Vekoma is looking better and better.

Trip always is important in the Mile, and with 14 in the lineup (1 also-eligible), it’s a challenge to work out for all. Pace players Factor This (13) and Halladay (10) will have to hustle and that makes for a quicker pace scenario. That’s going to send me looking for deeper closers. Defending champion Uni and stablemate Raging Bull both come from the clouds, so posts 12 and 14 may not be a disqualifier. Lukewarm 7-2 morning line favorite Ivar will try to rally from post 11 most likely now after showing some pace versatility; it’s best he sit and rally now. The Europeans line up with the inside quartet of spots. They’ll be best-suited not to get tied up early with the pace.

Preakness winner Swiss Skydiver starts from post 5 and 2018 Distaff heroine Monomoy Girl from post 10 in what figures to be a super matchup. With speedy Lady Kate breaking between them in post 6, it could make for some interesting dynamics between her and Swiss Skydiver to her inside. Harvest Moon in post 2 might be sent along as well, quickening the tempo. I don’t anticipate the draw will have a big impact here; may the best horse win.

The 1-1/2 miles grass showcase has a field of 10. With Mean Mary’s connections opting for the Filly & Mare Turf, and that leaves Channel Maker as potential lone speed. He’ll start from the 9-hole and likely clear, if asked. Morning line 5-2 favorite Magical begins from post 2, and was runner-up in this race in 2018. Last year’s runner-up United starts from post 7 and could be the presser to first go after Channel Maker, along with Irish raider Mogul if hustled from the 10-hole. A determined ride might actually put Mogul on the engine if Channel Maker is a step slow or his rider indifferent on early position. Even from the outer two posts, Channel Maker and Mogul should find themselves down in the pair of inside paths going into the first of 3 turns.

In theory, the $6 million Classic at 1-1/4 miles on dirt should not be overly impacted by post with a sizable run to the first turn and a moderate field of 10. But the draw did provide some extra heat. Kentucky Derby winner Authentic starts from the 9-hole and typically wants to be on the front. Stablemate Maximum Security begins just to his outside in post 10 and also could be sent to the front. For both Authentic and Maximum Security to clear the quick Global Campaign in post 7, it might take some extra zip. Tiz the Law doesn’t take an early backseat, and from post 2 likely will be sent along to the first flight. The 5-2 morning line favorite Improbable likely tracks from mid-pack after leaving from post 8, while Tom’s d’Etat gets every chance to launch from mid-pack from a good post 4 draw. 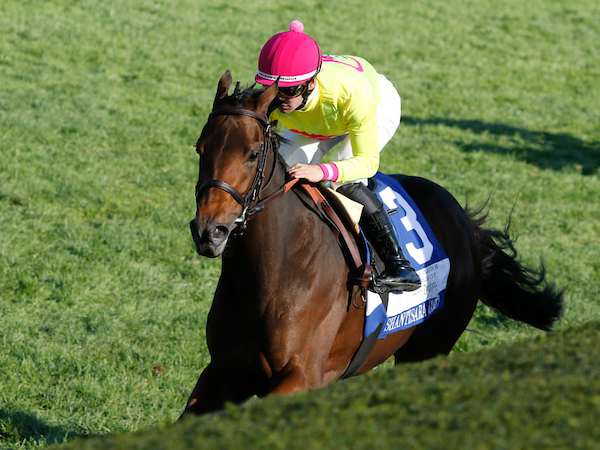 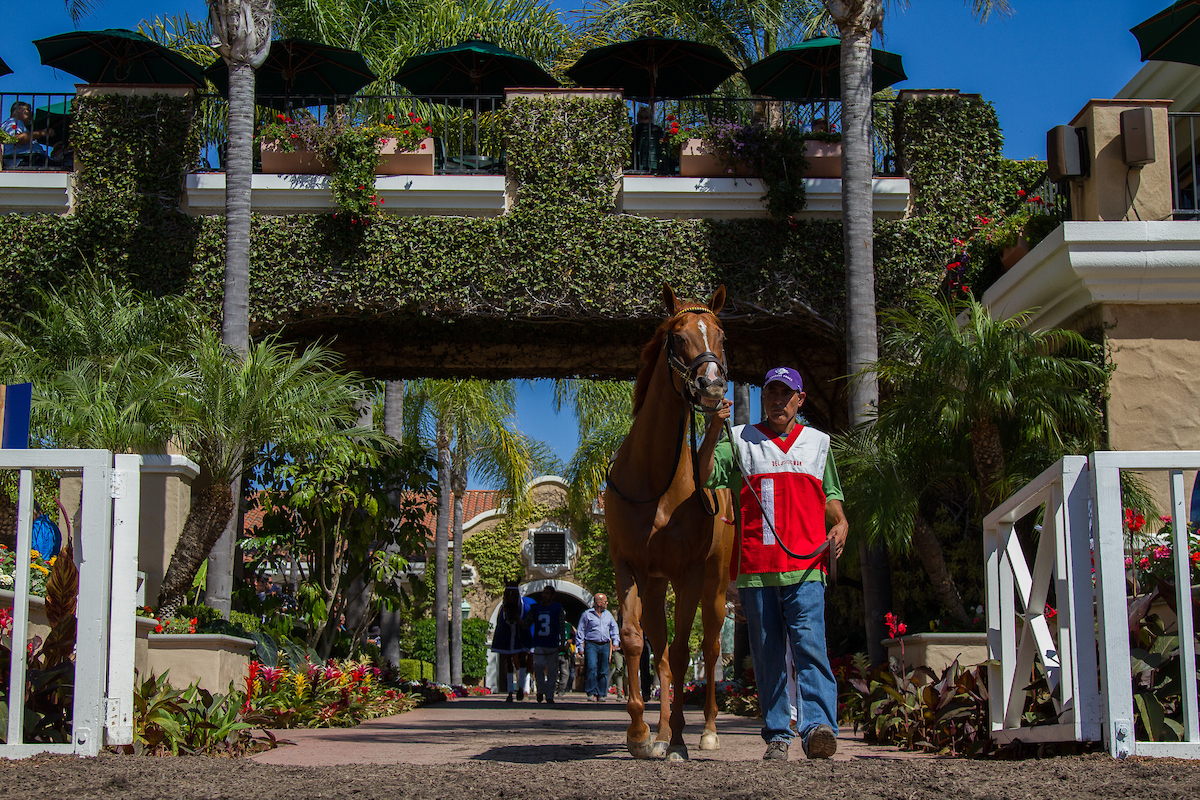 Monday Myths: Is It a Good Bet to Bet Against the BC Favorites? 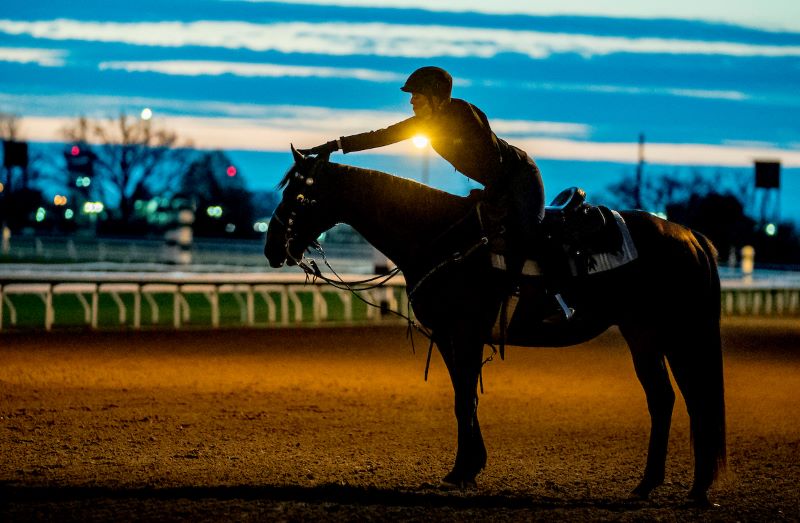