The Lead:
Breeders' Cup Saturday at Del Mar stuffs 9 championship races onto the marquee, as well as a trio of lead-in events. For all your Breeders' Cup handicapping insights, be sure to download the 1/ST Breeders' Cup Wager Guide at 1st.com/guide. We're here to help in the preliminaries, where an interesting clash of turf milers takes place in the Goldikova Stakes.

1/ST BET and Xpressbet offer horseplayers up to a $10 money-back guarantee on win bets in every Del Mar race this Friday and Saturday if your win play finishes second or third. Take advantage of that promotion.

​Field Depth:
All 7 of the American entrants are at least graded stakes-placed, paced by Grade 1 winners GOING GLOBAL and ABSCOND. Grade 2 winners include PRINCESS GRACE and BODHICITTA, while Grade 3 winners include ZOFELLE and WARREN'S SHOWTIME. ABSCOND arguably has kept the strongest company lines in the field.

Pace:
The pace figures to be slow with no confirmed front-runners entered. IPPODAMIA'S GIRL may have the most front-end intent, while ZOEFELLE, PRINCESS GRACE and ABSCOND likely will be in the first flight from inner draws. This race will not smile on those trying to close from far, far back; you'll want to be mid-pack or better halfway down the backstretch.

Our Eyes:
PRINCESS GRACE has won 6 of 7 races and is a half-length from perfection in her career. She's done so over 7 different tracks, and the Maryland-based filly's return to Del Mar, where she won August's Grade 2 Yellow Ribbon, will be her first repeat visit anywhere. The Mike Stidham trainee has won stalking fast and slow paces, so the tempo likely won't be used against her. She gives from 2-7 pounds to her rivals Saturday.

California-based GOING GLOBAL has won 6 of her last 7, and like PRINCESS GRACE, is a half-length from perfection during that streak. The Irish-bred sophomore takes on her elders for the first time in the Goldikova and comes in fresh, following a handy score in the Grade 1 Del Mar Oaks in August. She's gotten into some traffic issues at the top of the lane in her last pair, but ace turf pilot Flavien Prat is the rider you want on this course. Under 122 pounds, she'll get in 3 lighter than PRINCESS GRACE.

The West Coast contingent also includes IPPODAMIA'S GIRL, a 2-time course winner who took the restricted Osunitas here this summer; late-running closer BODHICITTA, the 2020 local Yellow Ribbon winner who was fourth to PRINCESS GRACE this summer in her title defense; Cal-bred star WARREN'S SHOWTIME, whose best work has come at Santa Anita; and deep-closing turf sprinter CONSTANTIA on the stretch-out for John Sadler.

Kentucky raiders ZOFELLE and ABSCOND provide regional intrigue. ZOFELLE has been away since June, but did win Gulfstream's Suwanee River earlier this year while coming off a layoff. She appears best on firmer turf and will get that at Del Mar. ABSCOND came within a half-length of PRINCESS GRACE in the Kentucky Downs Ladies Turf. She's a consistent check-getter, but hasn't won a race since the Sept. 2019 Grade 1 Natalma at Woodbine.

International flavor will be provided by England's GLESGA GAL. Hugo Palmer brings this one stateside with his Breeders' Cup contingent, and she'll look to snap a 5-race losing streak dating back to May. She was fifth of 12 in the Group 3 Sceptre at Doncaster on Sept. 8, her only major stakes try overseas. Sire Lope de Vega's runners have had much success in the US, and she'll pick up Florent Geroux to ride.

Most Certain Exotics Contender:
PRINCESS GRACE has never missed an exacta and has won over the Del Mar course.
​​
Best Longshot Exotics Contender:
ABSCOND doesn't win nearly often enough, but she's got some pace versatility and classy running lines. She always seems to be in the mix within a few lengths at the wire.
​
Sending it in ($100 bankroll):
Focus on one of the two favorites and resist the temptation to spread tickets too thin. $50 daily double GOING GLOBAL over LIEUTENANT DAN and KIMARI in the Breeders' Cup Turf Sprint next on the program. 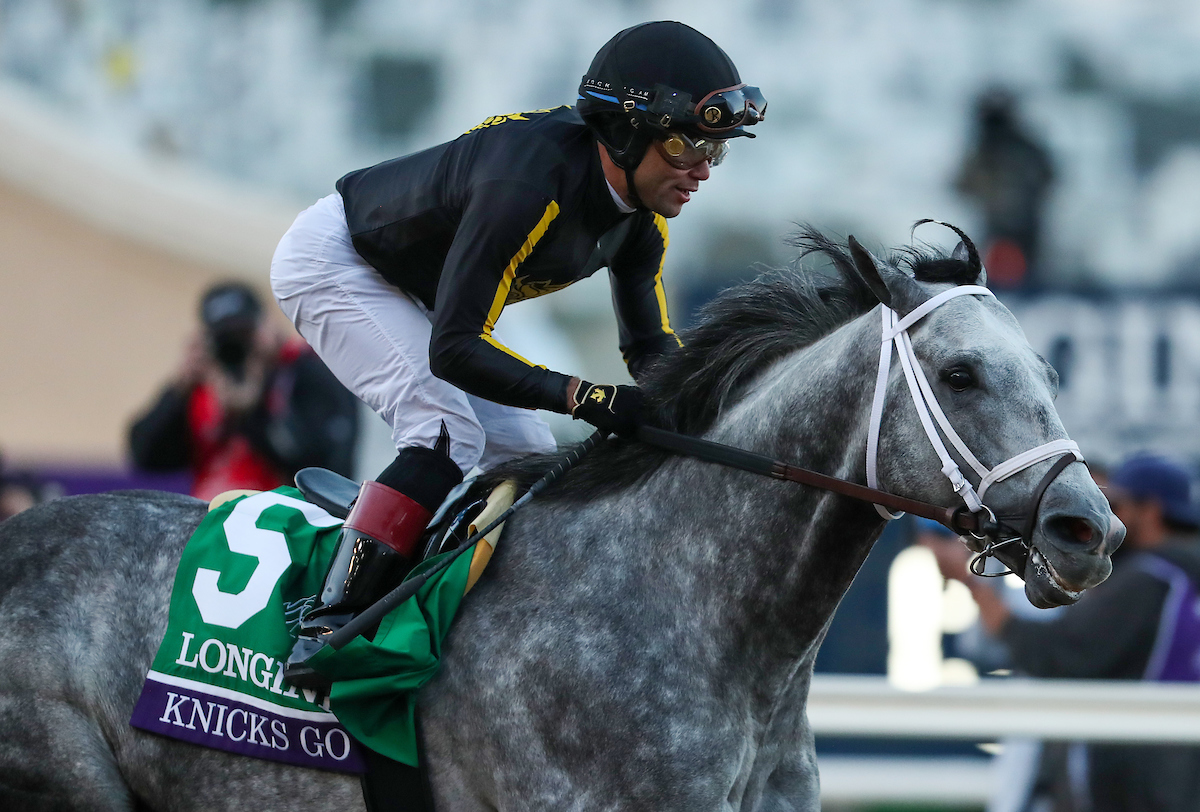 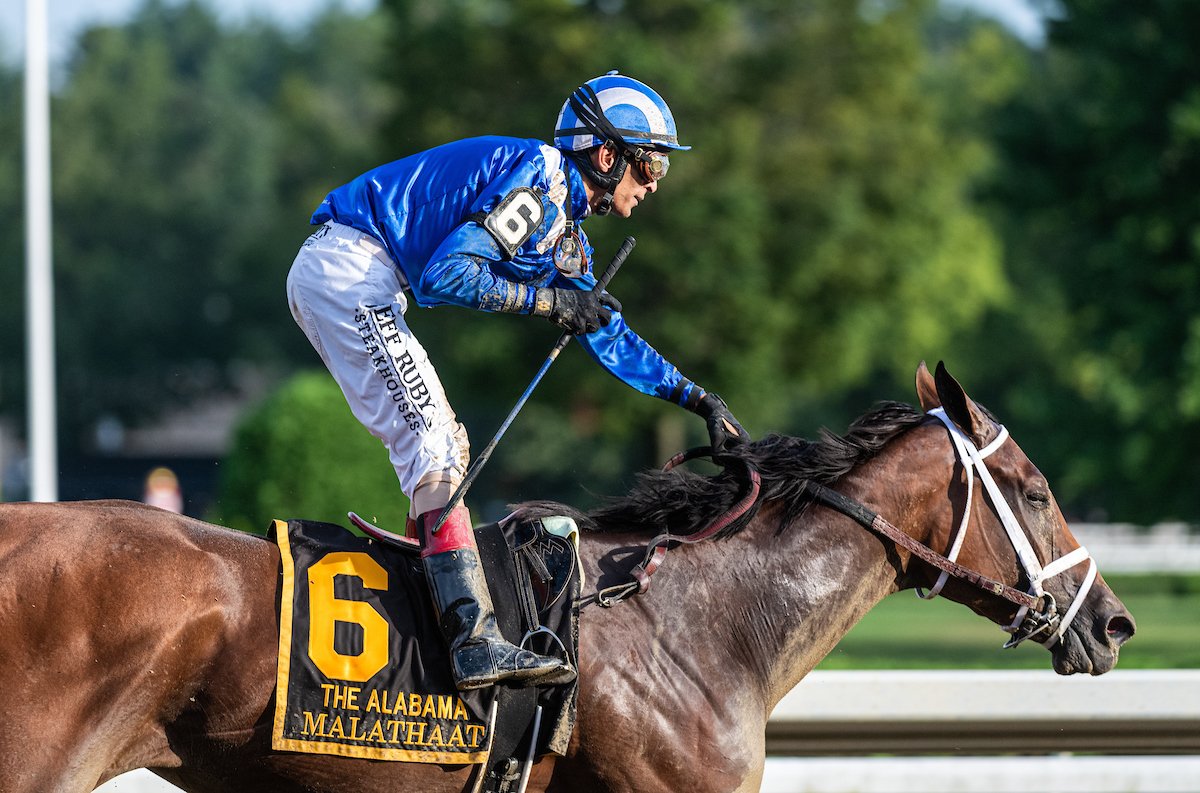 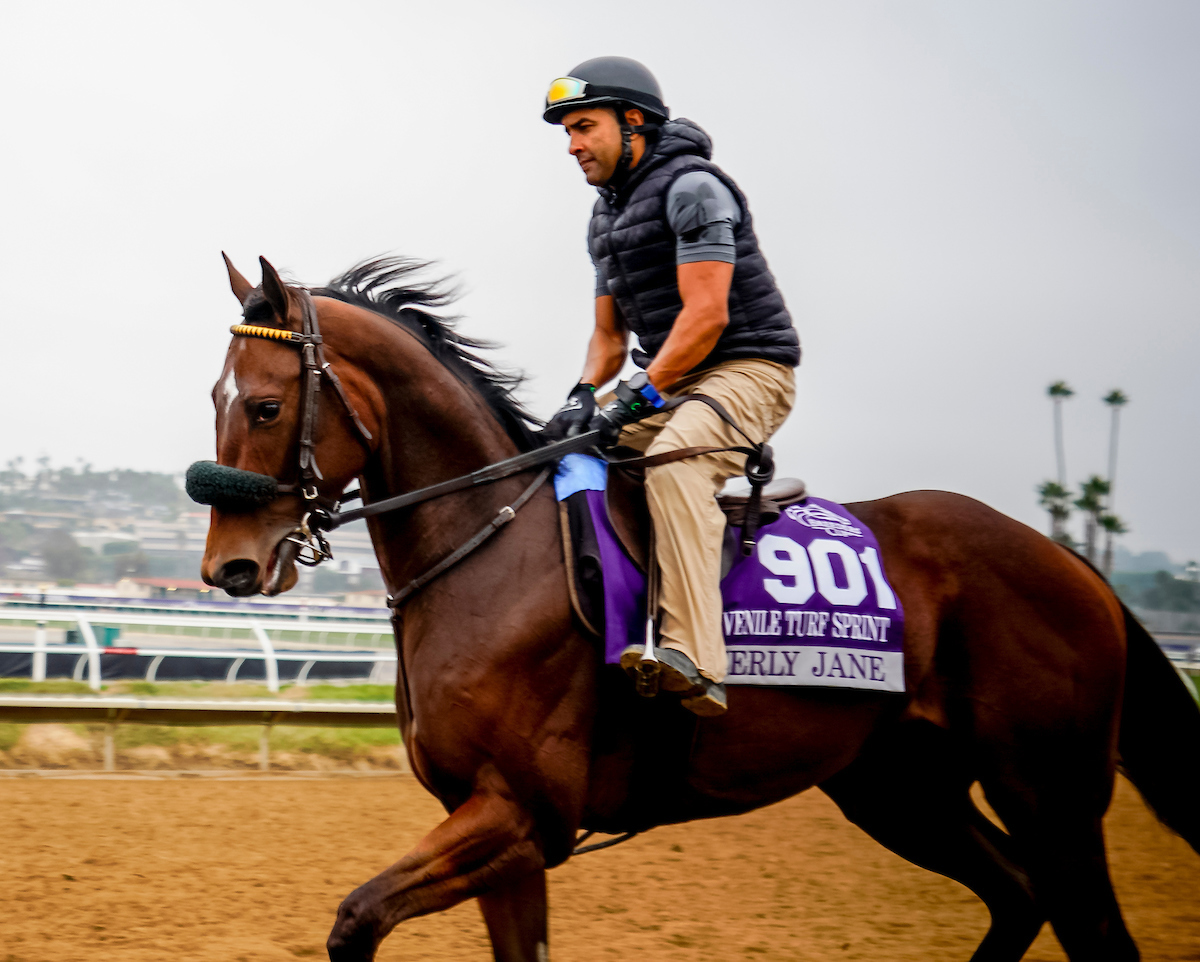 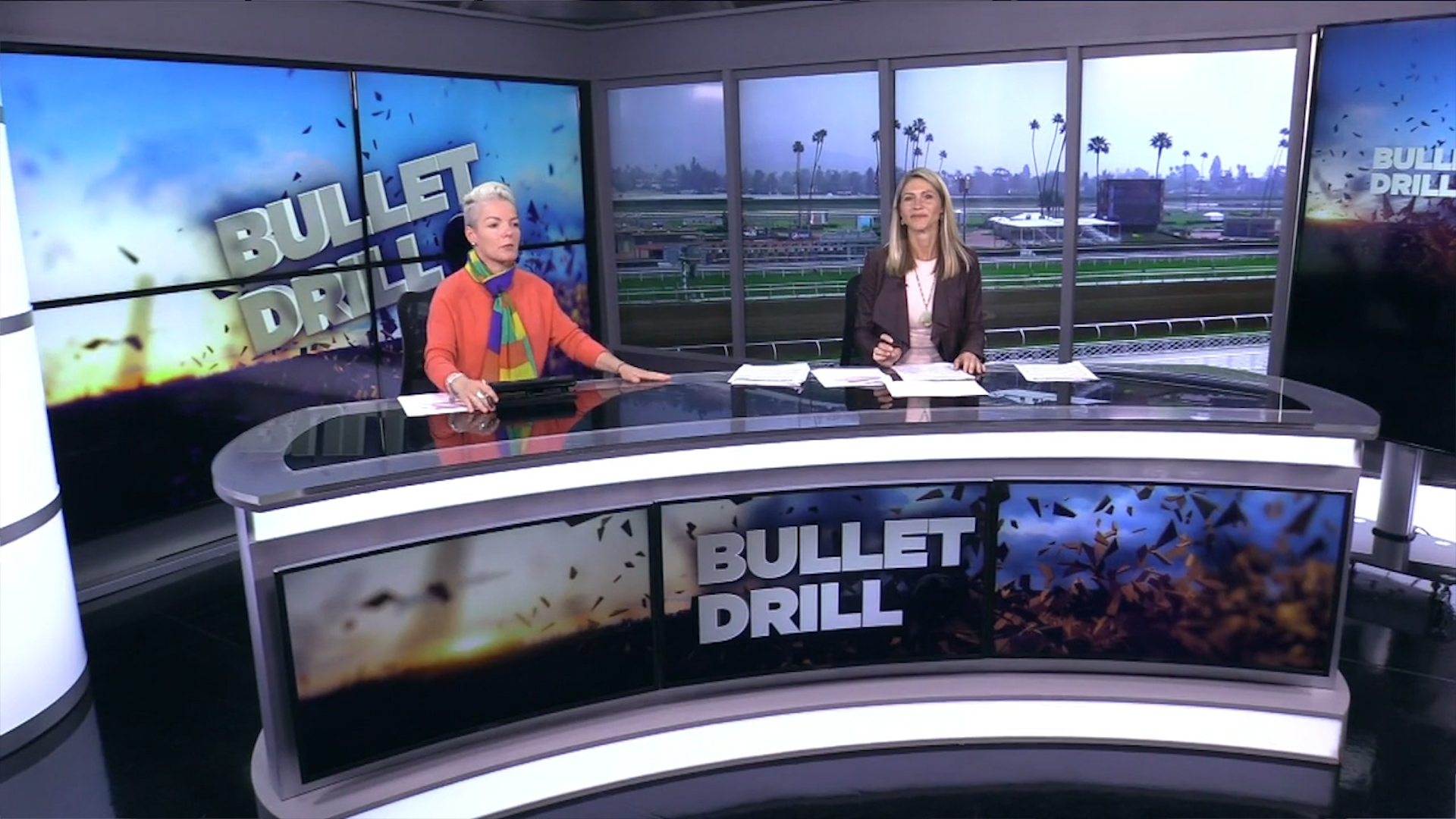 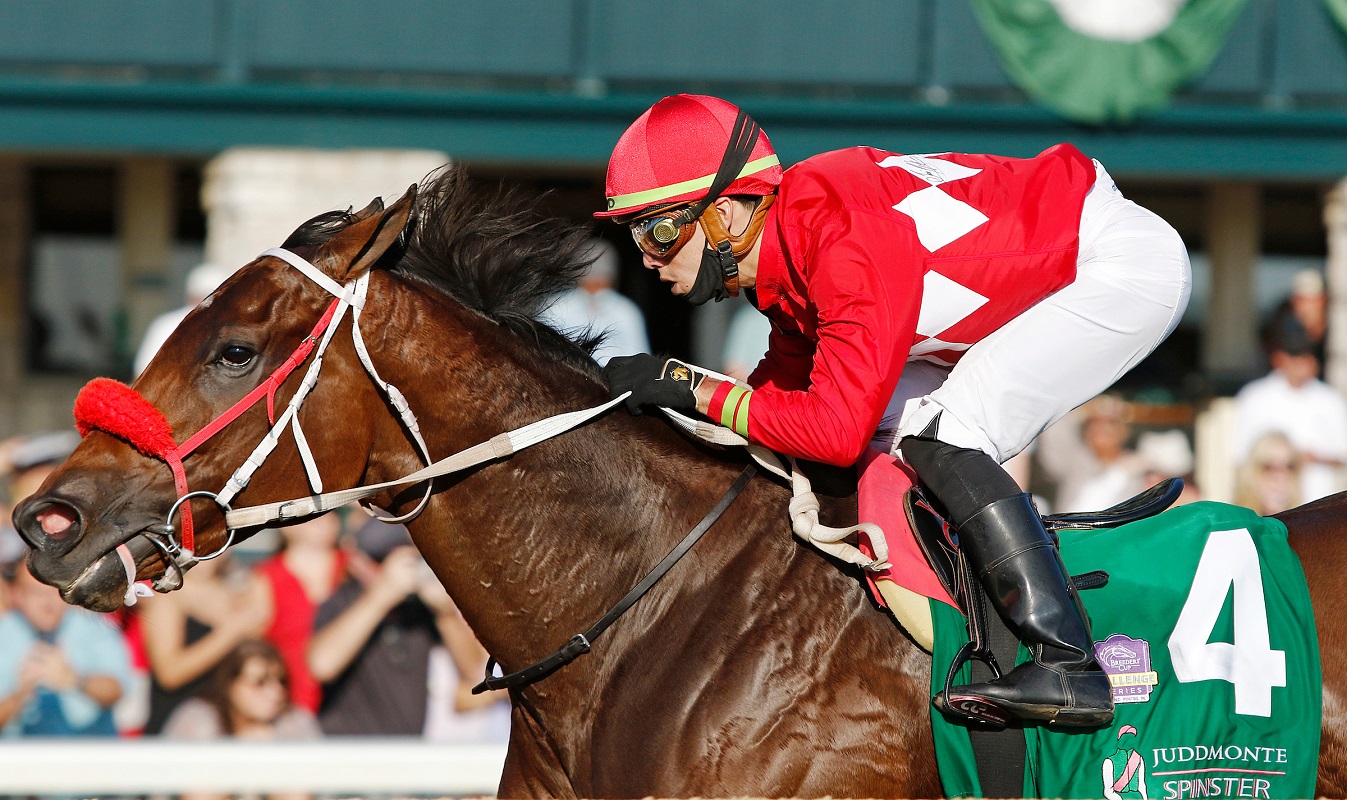 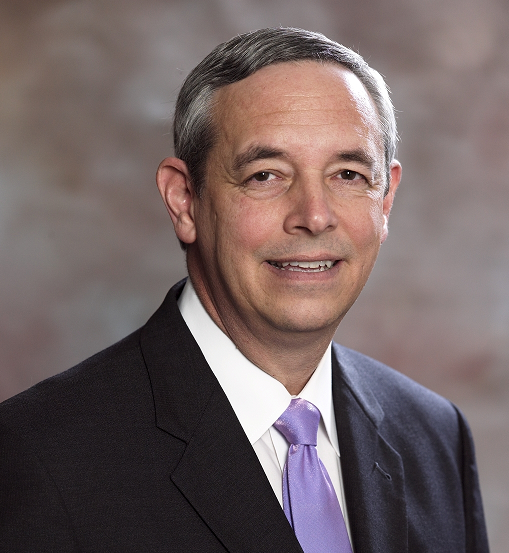 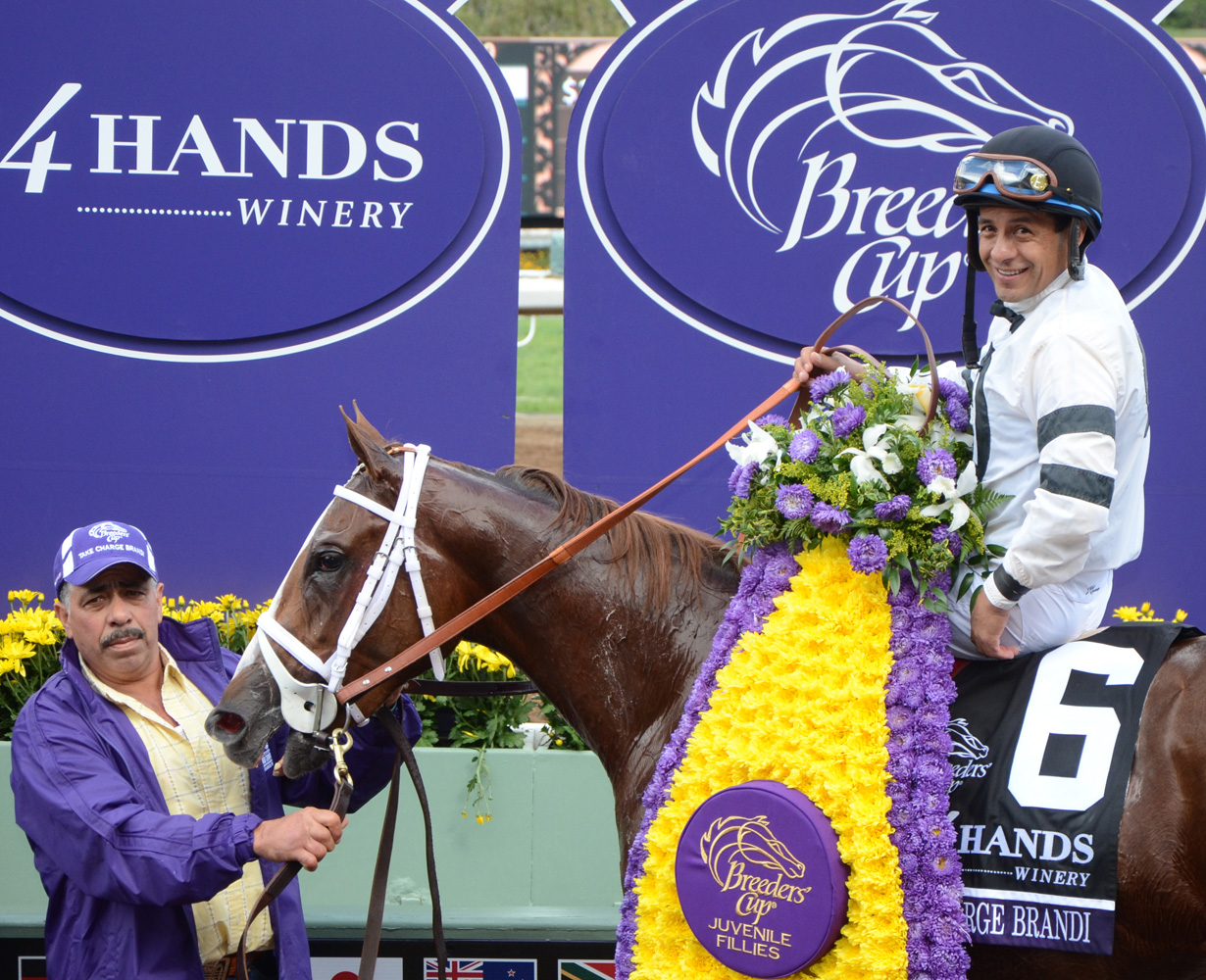