Jon White: Pacific Classic is the Plan for Flightline

Trainer John Sadler said last Sunday that “the tentative plan” for superstar Flightline is for him to make his next start in Del Mar’s $1 million Pacific Classic. The Grade I event will be run on Sept. 3.

“Anything can change,” Sadler added during his interview with Mike Willman on the radio program Thoroughbred Los Angeles. “You never know what’s going to happen…But right now the plan is to get to the Pacific Classic, right in our backyard.”

If Flightline does indeed start next in the Pacific Classic, the top-ranked Thoroughbred in the land will be asked to travel 1 1/4 miles, farther than he has ever been asked to race.

Flightline is unbeaten in four career starts. The Kentucky-bred Tapit colt, a $1 million purchase at public auction, won a pair of six-furlong races by 13 1/4 and 12 3/4 lengths prior to an 11 1/2-length tour de force in Santa Anita’s Grade I Malibu Stakes at seven furlongs last Dec. 26.

In his only 2022 start to date, Flightline overcame early adversity to win the Grade I Met Mile by six lengths on June 11.

Flavien Prat has been aboard Flightline in all four races.

“Prat got off him the other day and said more distance is going to be better for him,” Sadler said.

Oh, my. If more distance is indeed going to be better for Flightline, then how will anybody ever beat him?

“We’re confident about him going into the Pacific Classic,” Sadler continued. “I’ve got plenty of time to train him the way that I want to train him.”

Sadler, without hesitation, says Flightline is the best horse he has ever trained. That would include Melair and Accelerate.

Melair won all five of her races. In one of the finest performances by a 3-year-old filly that I have ever witnessed, her front-running victory against males in Hollywood Park’s Grade II Silver Screen Handicap in 1986 was breathtaking. She won by 6 1/2 lengths while completing one mile in 1:32.80, the fastest time for the distance ever posted by a filly or mare on dirt.

Southern Halo finished second in the field of 12. Snow Chief ended up third as the 3-5 favorite, 11 lengths behind Melair. Snow Chief would go on to be voted a 1986 Eclipse Award as champion 3-year-old male. Going into the Silver Screen, Snow Chief that year had won the Florida Derby, Santa Anita Derby, Preakness Stakes and Jersey Derby.

Accelerate was a four-time Grade I winner at 1 1/4 miles for Sadler, taking the Santa Anita Handicap, Gold Cup at Santa Anita, Pacific Classic and Breeders’ Cup Classic at Churchill Downs.

Voted a 2018 Eclipse Award as champion older dirt male, Accelerate had a lifetime top Beyer Speed Figure of 115, which he received for his 12 1/2-length triumph in the 2018 Pacific Classic.

Flightline has been a triple-digit machine in the Beyer Speed Figure department for owners Hronis Racing, Siena Farm, Summer Wind Equine, West Point Thoroughbreds and Woodford Racing. After being credited with a 105 Beyer at first asking, Flightline has recorded figures of 114, 118 and 112. His 118 in the Malibu was the highest Beyer of 2021 and better than any of Accelerate’s figs.

Andy Beyer, father of the Beyer Speed Figures, has said that he believes Flightline is the best American horse since Ghostzapper, the 2004 Horse of the Year.

Willman asked Sadler if the plan is for the Breeders’ Cup Classic to be Flightline’s last dance before he goes off to stud.

“No, not necessarily at all,” Sadler responded. “Since he didn’t get a race at 2, we’ll leave that decision to the end of the year. But there’s nothing written in stone. They’re certainly thinking about bringing him back next year. You’ll know that at the end of year. But I’m hoping that he’ll come back and run next year.”

Hot Rod Charlie drops a couple of notches to No. 7 this week after losing Monmouth Park’s Grade III Salvator Mile by a head to Mind Control last Saturday at the end of a fierce stretch battle between those two.

The Top 10 on the NTRA Top Thoroughbred Poll this week is below:

HOW GOOD IS INSPIRAL?

For those keeping an eye on what’s happening on the other side of the pond, as they say, there have been a number of terrific performances.

Desert Crown, with just two races under his belt, managed to win the historic 1 1/2-mile Cazoo Derby at Epsom Downs by 2 1/4 lengths on June 4. It was his first Group I victory.

Baaeed, regarded by many as the best Thoroughbred on the planet, is eight for eight after winning the Group I Queen Anne Stakes at Royal Ascot on June 14.

Also on June 14 at Royal Ascot, the outstanding Australian sprinter Nature Strip made a mockery of 15 foes when dashing home a 4 1/2-length winner in the Group I King’s Stand Stakes. Golden Pal typically blasts away out of a gate, but his race was over before it started this time, thanks to jockey Irad Ortiz Jr. being asleep at the switch.

When the starter pushed the button, Ortiz was looking back toward Mondammej, who was still behind the gate. Mondammej refused to load and was scratched. Ortiz was not aware that in England, a race can begin with a scratched horse standing behind the gate.

Golden Pal, a two-time Breeders’ Cup Turf Sprint winner, now is 6 for 6 when racing on the turf in the U.S. but 0 for 3 in England. His only defeat in this country came when he finished second on the dirt at Gulfstream Park in his career debut in 2020.

Does trainer John Gosden have another Enable in Inspiral? It sure looks like that’s a possibility after Inspiral’s smashing 2022 debut, a 4 3/4-length victory in the Group I Coronation Stakes at Royal Ascot on June 17.

Inspiral is now five for five.

Before trainer Neil Drysdale hung out his shingle, he was an assistant to the legendary Charlie Whittingham, who won Santa Anita’s marathon San Juan Capistrano Handicap (now Stakes) a record 14 times. That truly was remarkable.

Whittingham was inducted into the Hall of Fame in 1974. Drysdale became a member in 2000.

Drysdale won his fifth San Juan Capistrano when he sent out Breakpoint, who led past every pole in the about 1 3/4-mile test of endurance. Breakpoint took the Grade III affair by a head at odds of 9-1. Tyler Baze rode the 5-year-old Chilean-bred son of Constitution.

As Drysdale noted afterward, it was a “masterful ride” on the part of Baze.

But this also was splendid job of training on the part of Drysdale inasmuch as Breakpoint had not started since finishing 11th in Keeneland’s Grade III Sycamore Stakes last Oct. 22.

Drysdale’s achievement to win the San Juan Capistrano with a horse coming off such a layoff was the type of thing Whittingham did on multiple occasions.

Prior to Breakpoint, Drysdale had won the San Juan Capistrano with Single Empire in 1999, Sunshine Street in 2000 and Bourbon Bay in 2010 and 2012.

A COMEBACK HALF A CENTURY AGO

It was 50 years ago this month that Pacific Northwest racing legend Turbulator returned to the races after missing all of 1971 due to a suspensory injury.

Turbulator took racing in the Pacific Northwest by storm in 1969 and 1970.

In the fall of 1969, Turbulator won seven straight races at Spokane’s Playfair Race Course at distances ranging from six furlongs to two miles. He became the most popular horse ever to race there.

In the spring of 1970, Turbulator smashed the track record by four-fifths of a second when he won the Yakima Mile by 3 1/2 lengths at Yakima Meadows.

In the summer of 1970, Turbulator became the most popular horse to ever race at Longacres near Seattle. He broke the world record for 6 1/2 furlongs by two-fifths of a second and a track record also by two-fifths.

In the fall of 1970, Turbulator returned to Playfair as a conquering hero. He came from 20 lengths behind to win a one-mile race by two lengths while carrying 134 pounds. And in his final 1970 start, he was asked to tote a whopping 138 pounds in the Playfair Mile, which he lost by a neck when finishing second to Ruler’s Whirl, who carried 121.

When Turbulator did not make a single start in 1971, his legion of fans wondered if he would ever race again.

A portion of the DRF story is below:

“LONGACRES RACE TARCK, Renton, Wash., June 15-- Farnsworth and Crawford Estate’s Turbulator, Washington Horse of the Year in 1970, will make his first start in nearly two years Friday when he heads a strong field of seven older runners in the $3,500 Chetzemoka Purse at 6 1/2 furlongs. The most popular horse to ever run in this area, Turbulator drew a weight of assignment of 116 pounds for his return and will be handled by regular rider Larry Pierce.

“Turbulator, forced to the sidelines by suspensory trouble, will be attempting to regain the winning form which he displayed in winning seven of 14 starts, all of them stakes, in 1970.”

Tom Crawford, who had bred, trained and co-owned the Cold Command gelding, died on Feb. 27, 1972. Leonard Roberts then took over as Turbulator’s trainer in 1972.

Turbulator finished last in his 1972 debut when obviously in dire need of the race. One week later, he showed improvement and ran third in another 6 1/2-furlong allowance contest at Longacres. He would go on to win three races in 1972, highlighted by a thrilling come-from-behind victory in the Washington Championship at Longacres on Sept. 11. Turbulator roared home from 11 lengths off the pace to win the 1 1/16-mile race by a half-length. He had to run down a razor-sharp tough foe in Grey Papa, who just 10 days earlier had sped six furlongs in 1:07 1/5 to break the world record for what is probably the most often used distance in American racing.

When Turbulator won the 1972 Washington Championship, his final time was 1:41 2/5, which was just two-fifths off the track record. And who held that track record? It was none other than Turbulator, who had set the mark with a ridiculously easy four-length victory under 128 pounds in 1970.

Monday Myths: What To Do With Beaten Debut Favorites? 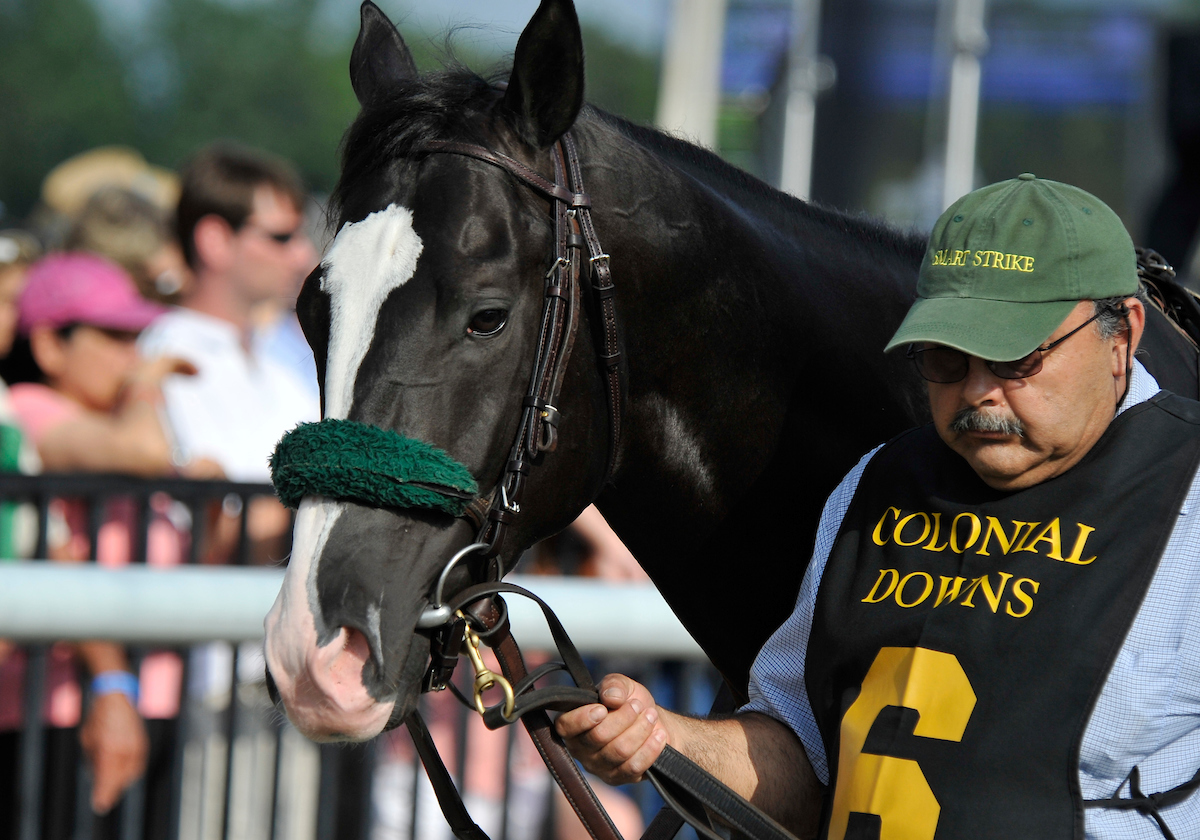 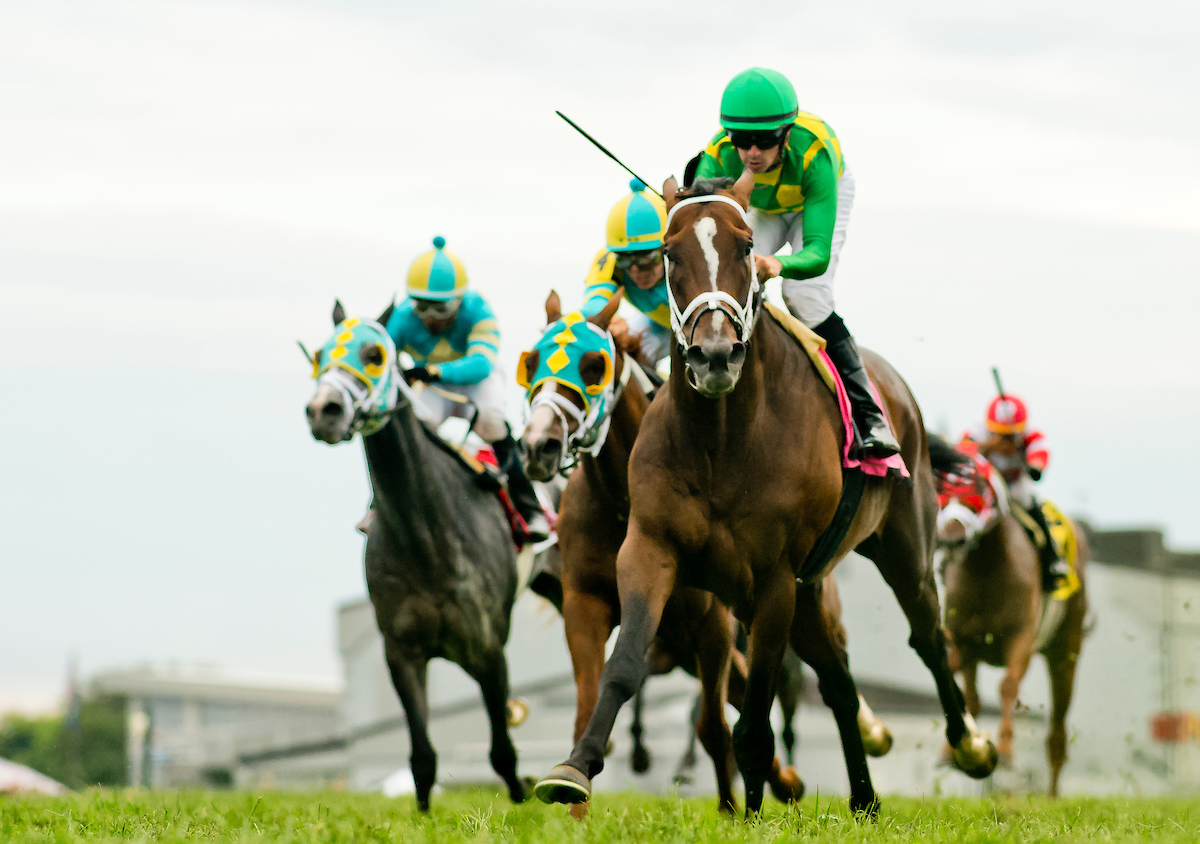 Monday Myths: Are Cut-Backs the Play at Kentucky Downs? 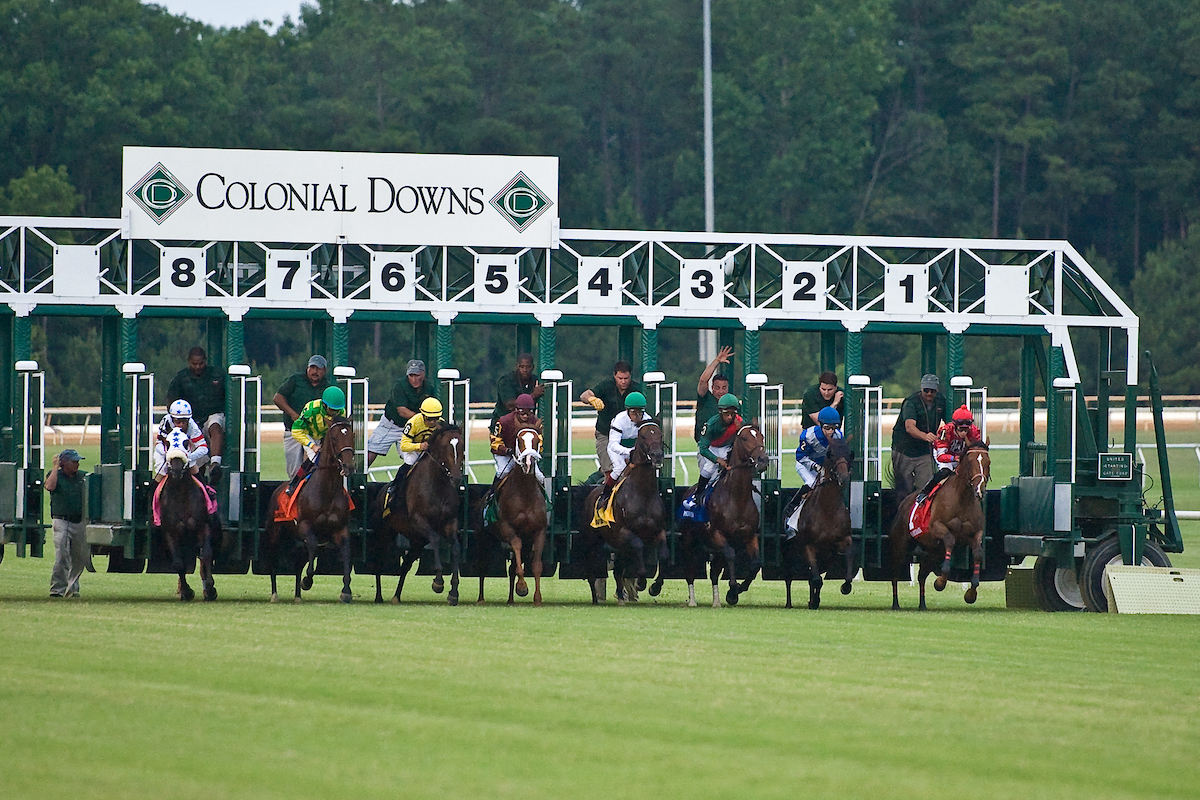 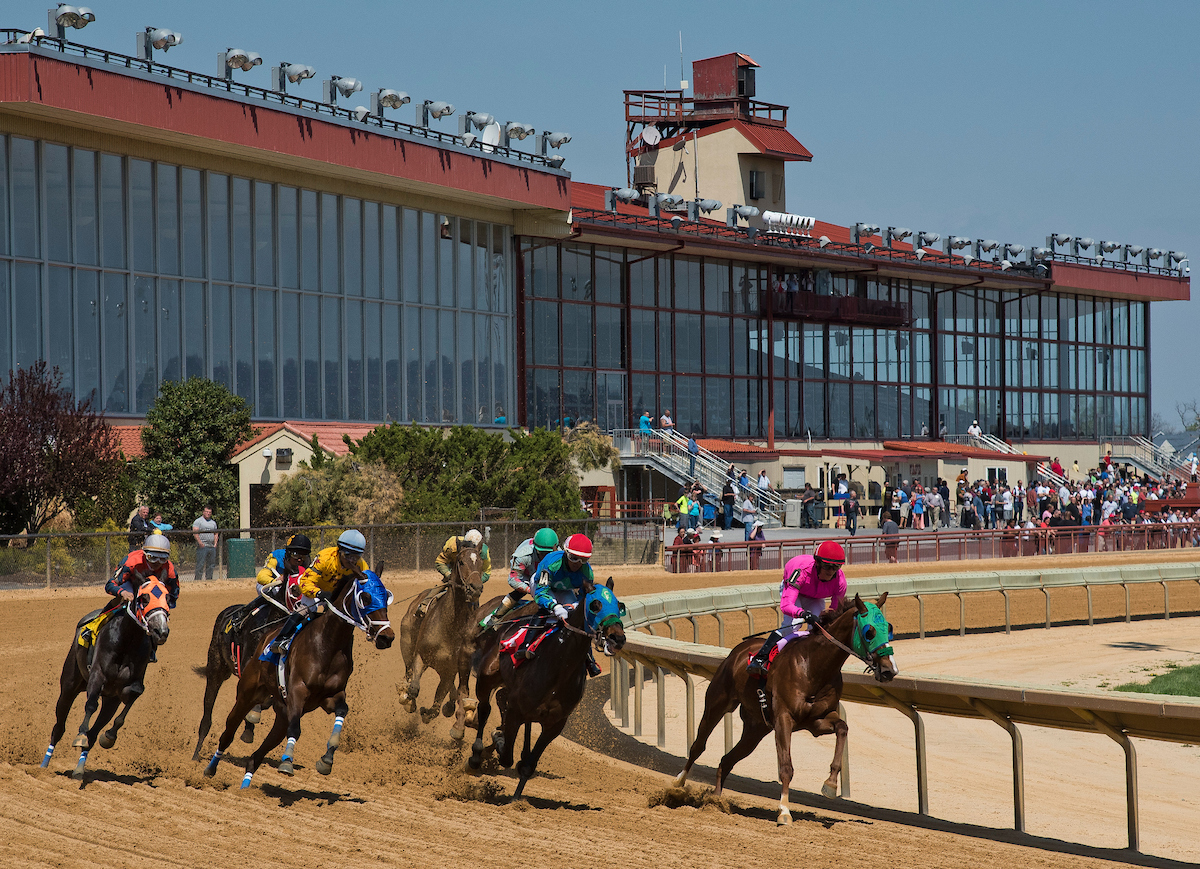 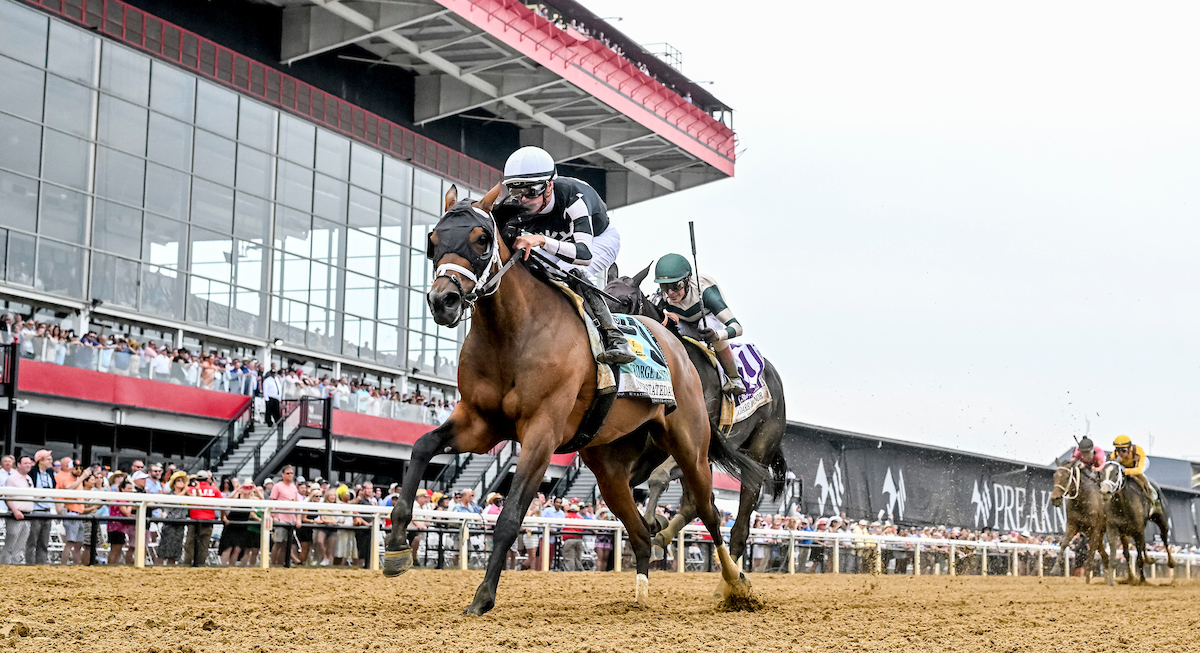 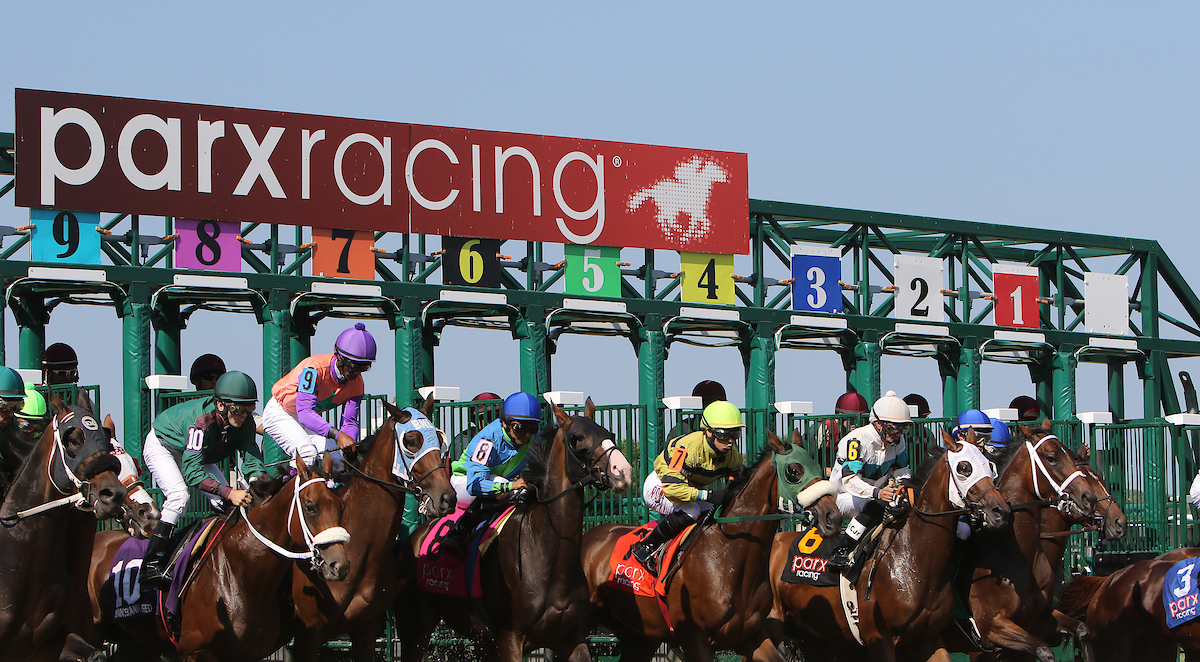 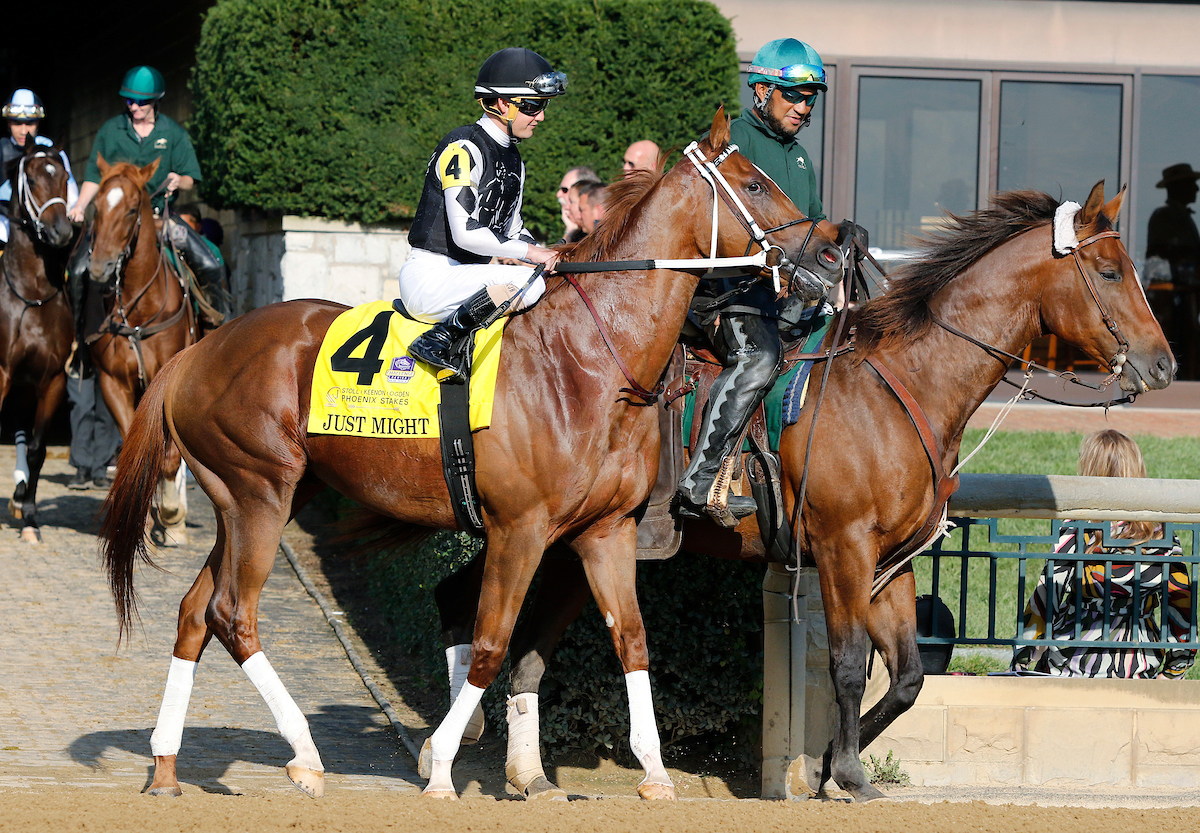