The rubber meets the road Saturday when a trio of critical Kentucky Derby points races are decided from coast to coast.

In California, trainer Bob Baffert, marching toward a record seventh Kentucky Derby victory, sends out Robert B. Lewis winner and Grade 1 Runhappy Santa Anita Derby favorite Medina Spirit as ‘the other next man up’ among Baffert’s deep roster of talented sophomores.

In Kentucky, Essential Quality, the consensus number one-ranked Kentucky Derby hopeful, hopes to use the Grade 2 Blue Grass at Keeneland to springboard toward becoming just the fourth 2-year-old Champion since 1999 to win the Kentucky Derby.

When the dust settles Saturday evening, the Gr. 1 Arkansas Derby, a week away, will remain as the only major Derby prep race on the map worth a total of 170 points toward spots in the Kentucky Derby starting gate. The Lexington at Keeneland is the final pre-Derby event scheduled with 34 total points.ut one in the field of 11.

Below is one man’s humble horse-by-horse opinion of runners in the Gr. 1 Santa Anita Derby.

Second to favored #7 Medina Sprit by a neck in the Gr. 3 Robert B. Lewis and a nose in front of eventual Gr. 2 Louisiana Derby winner Hot Rod Charlie, Roman Centurian actually fits in here. Unfortunately, he didn’t fire in the Gr. 2 San Felipe Stakes and finished fourth, several lengths behind runner-up #7Medina Spirit and third-place finisher #2 Dream Shake. He showed no early speed from the seven post and passed a few tired runners. Can he bounce back to his Lewis performance level or did that race do him in for a while? We prefer to see a forward move from this son of Empire Maker before backing him. Move from outside to inside should help a bit. Pass.

At 20-1 odds, he dominated a loaded Santa Anita maiden sprint race in February and then was tossed to the wolves in the mile and one-sixteenth Gr. 2 San Felipe next out. He didn’t run badly, as he was lapped on #7 Medina Spirit through the lane until he understandably tired, to be third, two lengths out of second, behind former Kentucky Derby Future Book favorite Life is Good. He has been working well for his return to the races. It’s always a difficult call with this type after just two races. Will his San Felipe experience move him forward? Or, will that demanding effort in only his second start set him back? Top jock Flavien Pratt helps his chances. Exotics.

He has looked fantastic in two 2021 turf scores at Santa Anita. Connections figure he’s sharp, talented and unbeaten…why not take a shot in the local Gr. 1 $750k Derby? In turf starts, he’s been close to the early pace and then been able to explode through the lane at six furlongs and at one mile. We’re generally not a fan of horses switching surfaces after showing ability over a certain layout. ‘Horses for courses’ mantra applies. Also, very few horses are as good on one surface as they are on another. Rock Your World is excellent on turf. He’ll have to show us he’s excellent on dirt, too. Pass.

Second in three starts before breaking maiden going one mile at Del Mar, this son of Quality Road was a well-beaten third in the Gr. 3 Sham and then a poor fifth in the Robert B. Lewis. He really needs to turn around his recent stuff to have any say in here. Pass.

Expect this new arrival to SoCal to show some early pace in this race. He won a $62,500 allowance/optional claiming race at Oaklawn Park last out in early March. He closed out his 2-year-old season with a $30k maiden claiming victory at Churchill Downs in November and was claimed. Before that he had a second and a third at the $30k maiden claiming level. He would be a major surprise in the money in this race. Pass.

This son of Uncle Mo invades from starts at Fair Grounds and Oaklawn Park. The latter effort was a winning one in a mile and one-sixteenth maiden race in March. It’s asking a lot for him to ship to SoCal and display the same strong closing style that proved effective in Hot Springs. Pass.

Second in the Gr. 2 San Felipe behind former Kentucky Derby Future Book favorite and stablemate Life is Good, this son of Protonico was purchased for just $35k. That’s a pittance when compared to some of the price tags associated with other major 3-year-old contenders. Off that race and considering three other performances where he’s been no worse than second, with two wins, he’s the one to beat. Both of his losses came at the hooves of Life is Good and he’s not in this race while recovering from surgery. Medina Spirit’s got enough speed to be close early and he’s shown a determined, grinding style that served him well when denying #1 Roman Centurian and eventual Gr. 2 Louisiana Derby winner Hot Rod Charlie in the Gr. 3 Robert B. Lewis. Since that race he had a slight throat procedure that figures to help him breathe adequately. A better breathing Medina Spirit is not good news for his challengers. Beat him to win it. Most Likely Winner.

An impressive two-turn, mile maiden tally on the heels of a poor first-out effort in a loaded maiden sprint won by #2 Dream Shake encourages connections to take a shot with this son of Constitution in the Santa Anita Derby. While the maiden score was impressive—he was wide the whole way—this is a huge step up in competition. He’s sharp, fit and trained by a talented conditioner. He deserves some respect at a price. Exotics.

It took this son of Nyquist a while to get going before he demolished a Santa Anita mile maiden field by 14 lengths in his first start of 2021. He followed that up with a weak outing in the Gr2 San Felipe Stakes behind Life is Good, #7 Medina Spirit, #2 Dream Shake and #1 Roman Centurian. He was lapped on #7 Medina Spirit most of the way early but couldn’t keep up late. As a 2-year-old, he started by finishing sixth in a turf sprint stakes at Santa Anita. Two fourth-place finishes in one-mile races, one dirt and one turf, were followed by a start in the Gr. 2 Los Alamitos Futurity at one mile and one-sixteenth where he lost by a nose to Spielberg. He has shown speed in most of his races and is most effective when he’s involved early but he’ll need to show more ‘stick’ this time out. Pass.

This son of Dialed In is the ‘other’ Baffert in the race. SoCal racing fans know to always beware of the ‘other Baffert.’ A sparkling maiden score while sprinting second time out suggests that the future is bright. He raced mid-pack before closing the gap off the turn when he was bumped solidly while splitting horses. He actually lost action for a moment under Joel Rosario, then found his best stride and flew home under a hand ride. The win came off a layoff since August and a third-place finish in his maiden voyage as favorite. Stretching out from six furlongs to one mile and one-eighth and a stepping up from a maiden victory to a Grade 1 stakes race are indications that this guy has impressed connections. A bullet 1:12 4/5 six-furlong work March 24 encouraged them, as well. This guy has lots of ability. He’s dangerous in here and he’s the ‘other Baffert’ with ‘Money Mike’ Smith up. Don’t know if he’s seasoned enough to handle his stablemate and post #10 doesn’t help, but he’s worth a look. Win Candidate.

#7 Medina Spirit is clearly the one to beat. He’s got the best ‘paper,’ a nearly unbeatable trainer, and a Hall of Fame jockey. He’s got enough pace to be close early and he’s shown ‘stick’ at the finish. He’s also had a throat procedure designed to help him breathe. #10 Defunded has nowhere near the experience one would think necessary to win this race. OK. So, what’s he doing in here? King of the 3-year-olds Bob Baffert already has the race favorite and top 10-ranked Kentucky Derby candidate in #7 Medina Spirit. Why hurry this colt along? Our guess is that this guy has real talent and that he’s faced some obstacles getting here. However, if he can finish among the top three, he’s got a spot in the Kentucky Derby for owners Pegram, Watson or Weitman, some of Baffert’s most loyal supporters. #2 Dream Shake has talent, but he’ll need to hang on much better than he did last out and he won’t be much of price with top jock Flavien Prat. 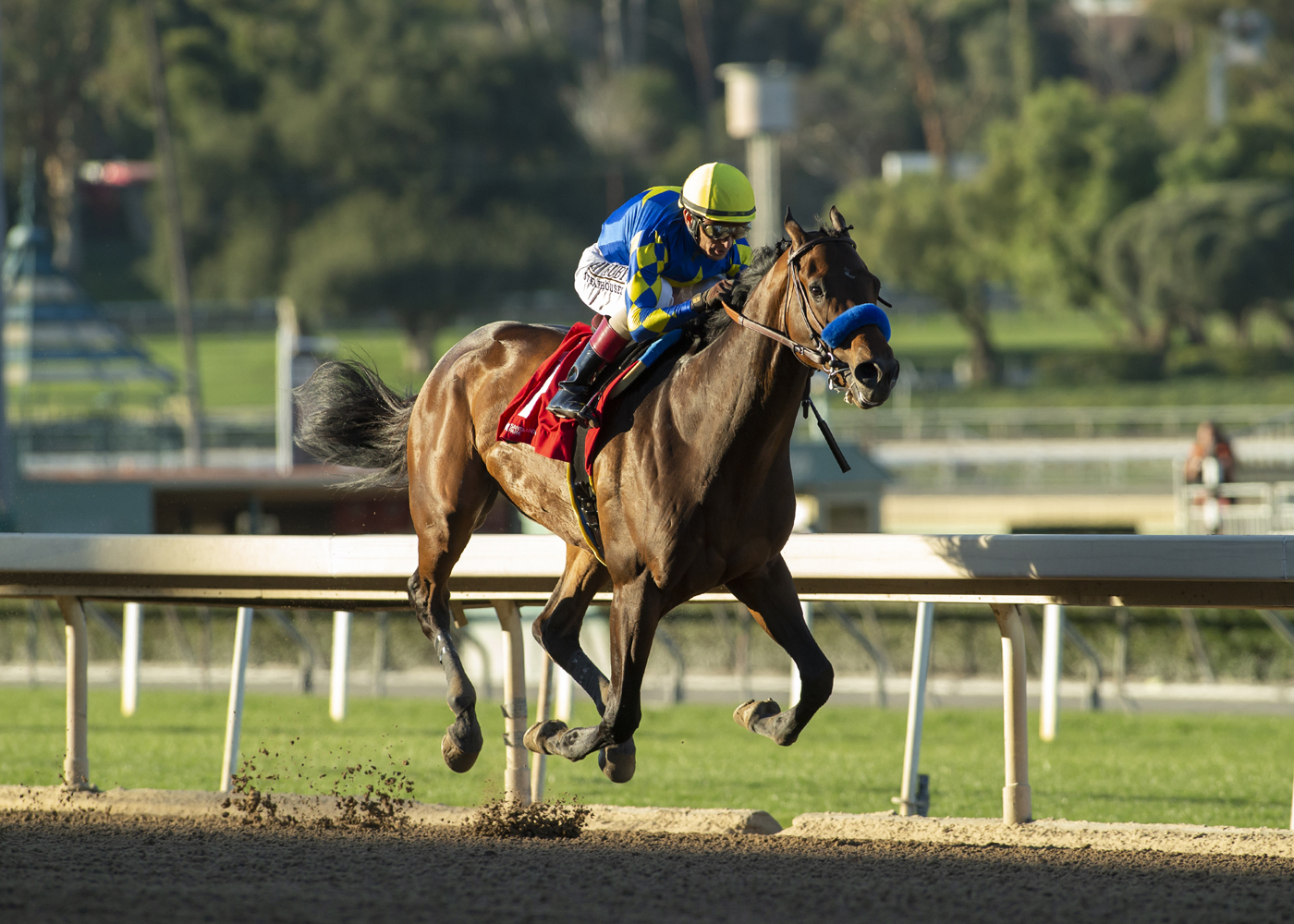 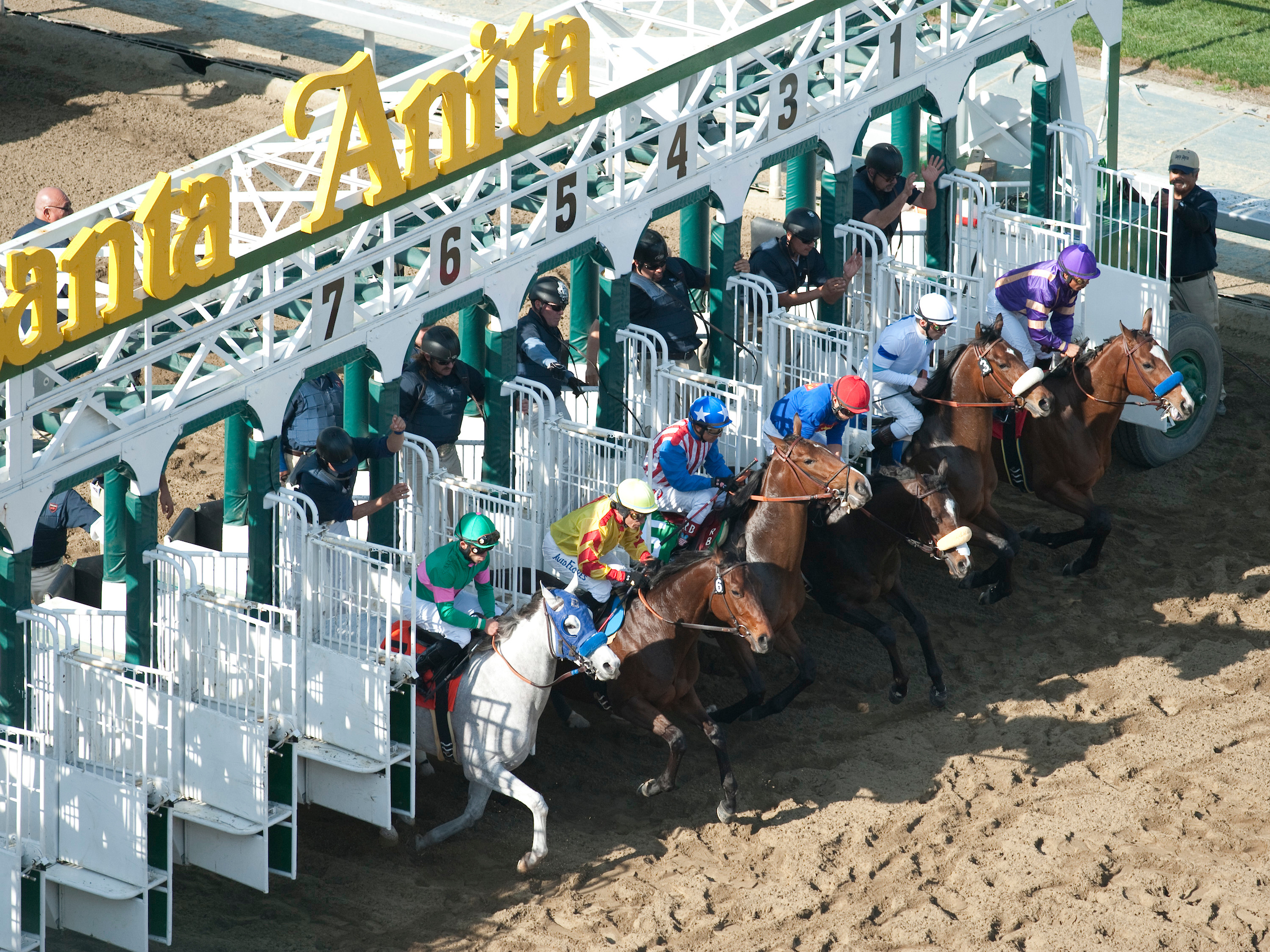 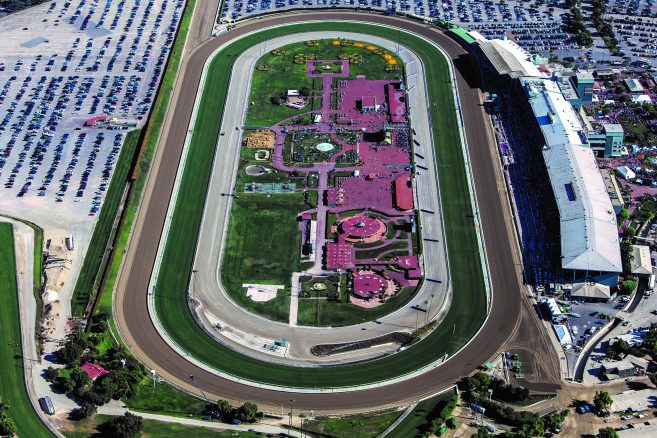 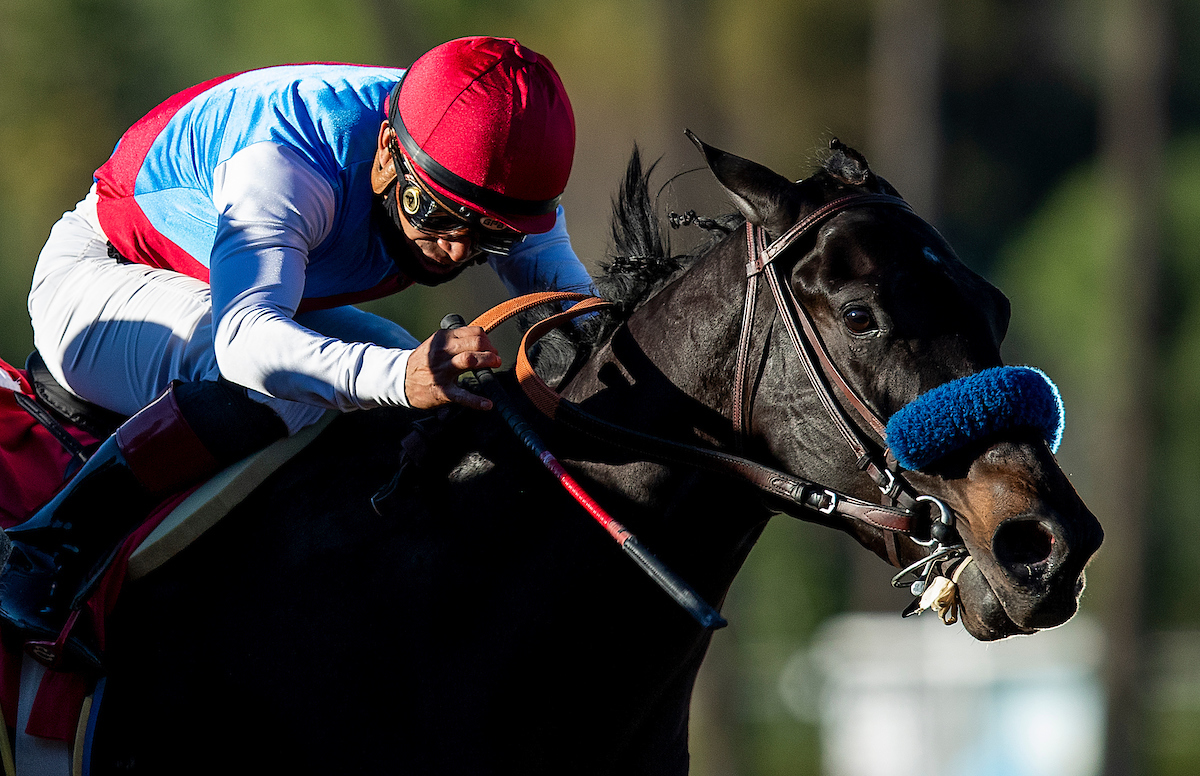 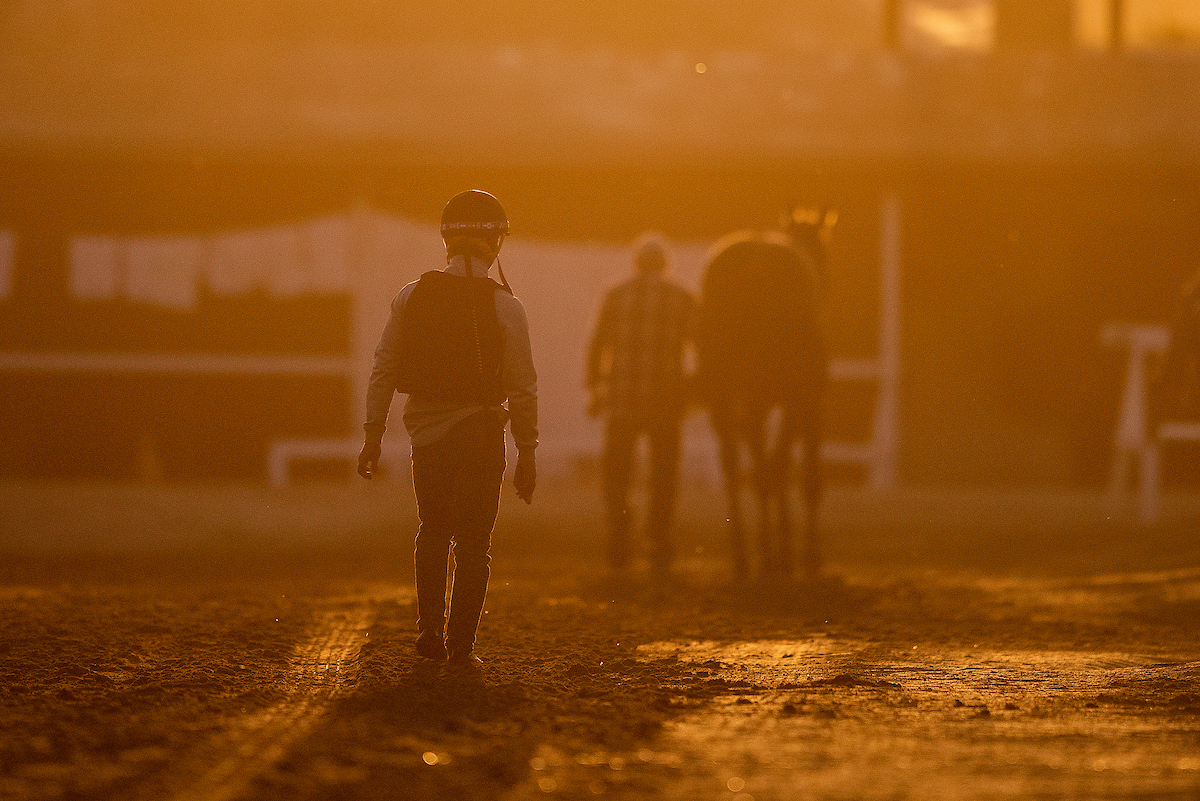 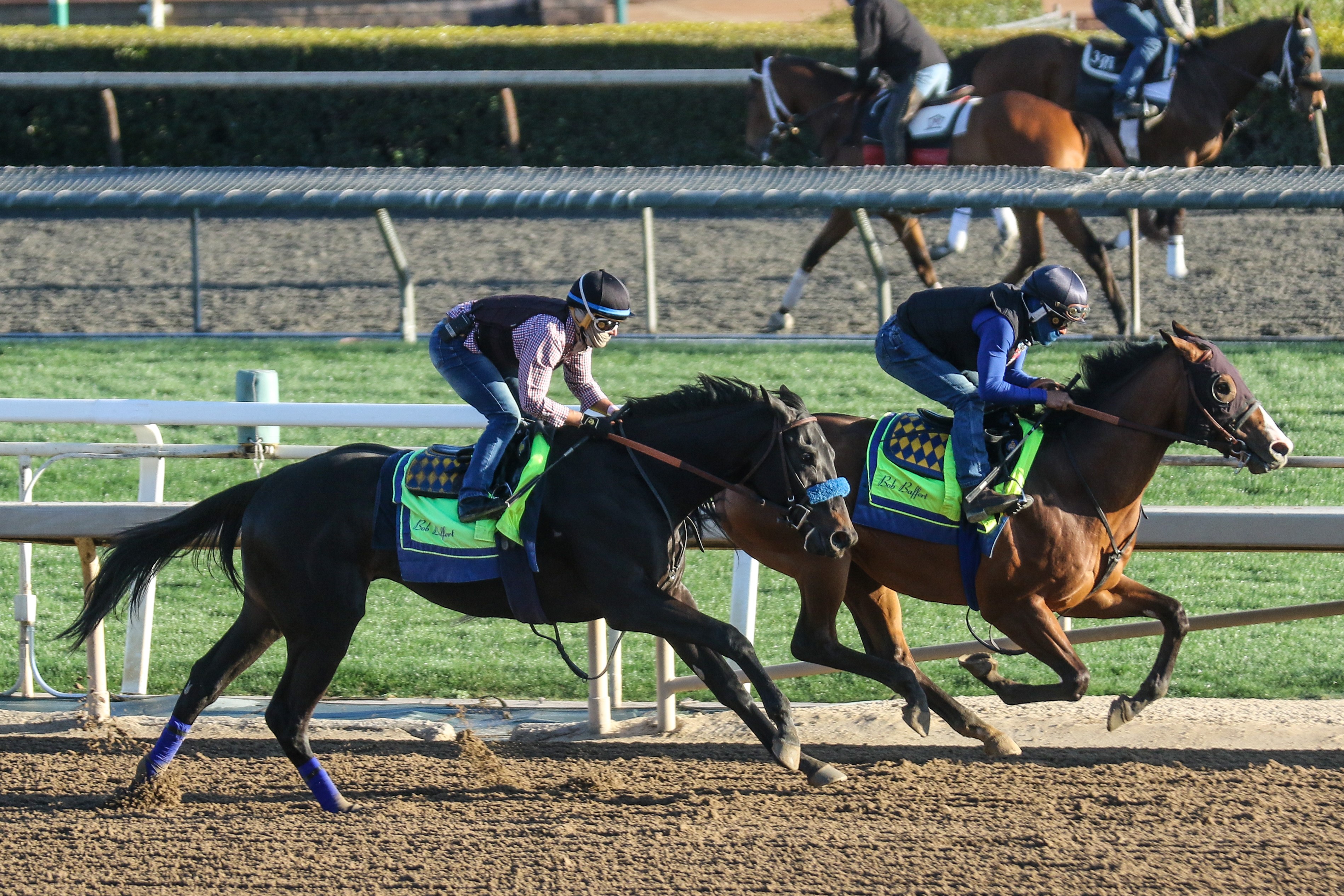 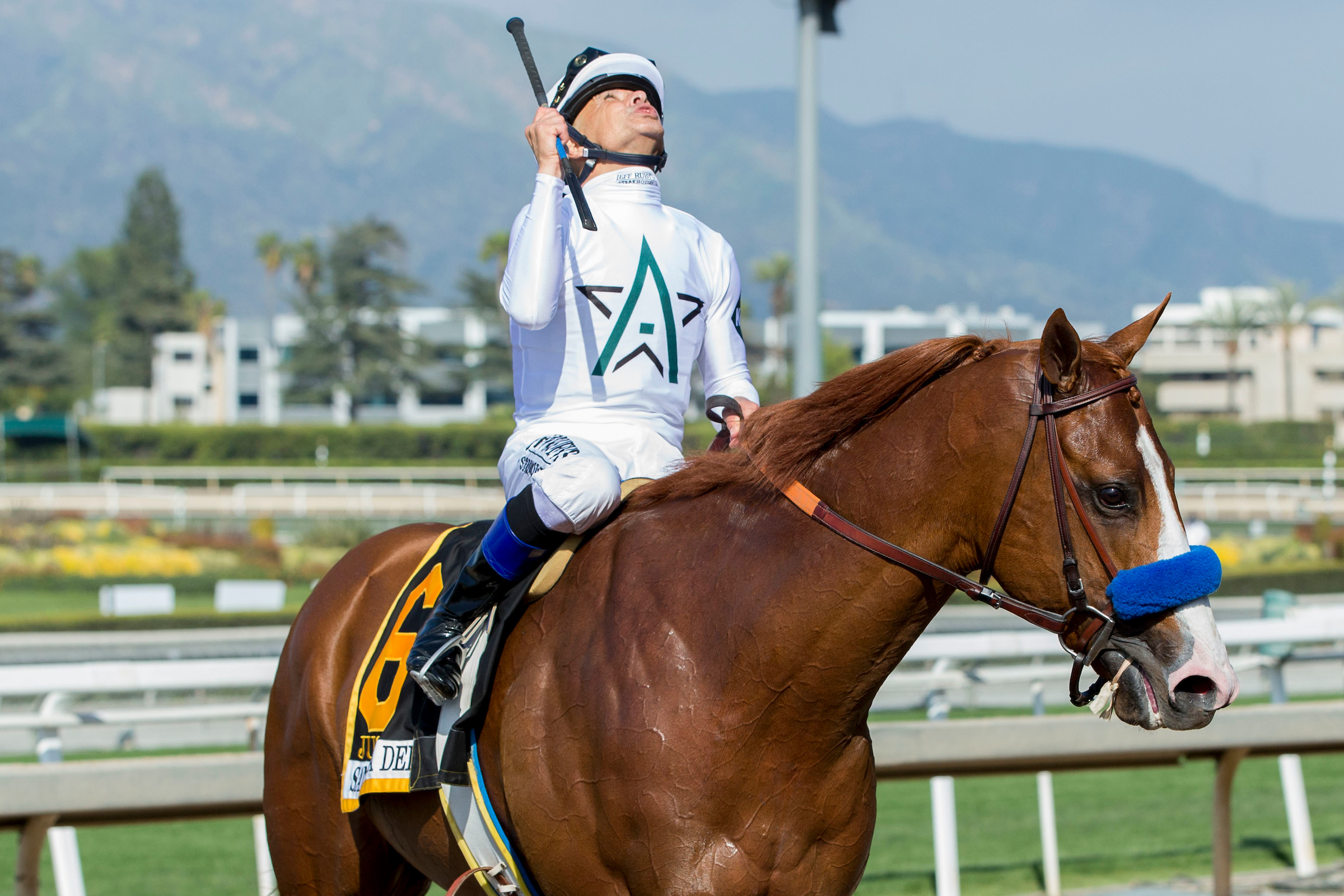