Golden Glider, owned by Gary Barber in partnership with Manfred and Penny Conrad, breezed a half-mile in 49.90 Sunday over Big Sandy in preparation for the Grade 1 Belmont Stakes on June 11.

NYRA clockers caught Golden Glider, with exercise rider Kylie Wellington up, through a quarter-mile in 26.20 and out in 1:02.80.

Hall of Fame trainer Mark Casse, who won the 2019 Belmont Stakes with Sir Winston, said he was pleased with the work.

“I thought he worked really well. He settled early, which is what you want out of a Belmont horse, and flew home,” Casse said.

The Ghostzapper chestnut was off-the-board in a trio of graded starts on the Kentucky Derby trail in the Grade 3 Sam F. Davis [5th], Grade 2 Tampa Bay Derby [4th] and Grade 1 Blue Grass [4th].

He finished a distant second last out to returning rival We the People in the nine-furlong Grade 3 Peter Pan on May 14 in the traditional local prep for the Belmont Stakes, which was contested over a good and sealed main track. The top-two finishers of the Peter Pan had their Belmont Stakes entry and starting fees waived.

Golden Glider is following a similar path to Sir Winston, who also graduated at Woodbine and competed in the Tampa Bay Derby [5th] and Blue Grass [7th] before earning a free berth in the Belmont via the Peter Pan [2nd].

Casse said he is confident that Golden Glider will get the distance and that jockey Dylan Davis can work out a stalking trip.

“I'm not worried about the mile and a half, it's just how long it's going to take him,” said Casse, with a laugh. “He's a one-paced type of horse, so I’m hoping he'll have a similar trip like Sir Winston. In his previous races, Sir Winston used to come from the clouds but in the Belmont, Joel Rosario kept him close enough and I could see the same thing happening Saturday with Dylan.”

Davis, who won his first NYRA riding title at the Aqueduct Racetrack winter meet, will look to secure his first victory in a Triple Crown race.

Grade 1 Kentucky Derby winner Rich Strike showed focus and professionalism in his daily exercise over the main track on Sunday at Belmont Park, the latest move in his preparations for the Grade 1, $1.5 million Belmont Stakes on June 11.

Rich Strike schooled in the Belmont paddock before waiting patiently in the tunnel for his spin around Big Sandy. The Keen Ice chestnut took a few turns around the tunnel in the company of about a half-dozen other trainees and remained unfazed.

Regular exercise Gabriel Lagunes then guided Rich Strike to the center of the racetrack and asked him to gallop one lap around the 1 1/2-mile oval, a cutback from yesterday’s two-mile exercise. Rich Strike motored down the lane with his head down and fully focused on his work, digging into the fast dirt as he passed the finish and eased up just before the turn.

“We backed him up a half a mile today and tomorrow we’ll probably let him have another two-mile gallop,” said trainer Eric Reed. “He’s definitely enjoying himself and came back really perky. He’s appreciating everything.”

Rich Strike is expected to continue his daily routine of galloping and schooling up until the Belmont Stakes. He will likely school in the paddock during the races on Thursday or Friday.

We The People Exits Final Work

Trainer Rodolphe Brisset also noted that Belmont Stakes hopeful We the People (pictured above) exited his half-mile breeze on Saturday in good order and that all is in order for a run in the final leg of the Triple Crown.

“That was one of his best works ever,” Brisset said of the four-furlong drill in 47.59. “It was a little quicker than what we were looking for, but it didn’t feel like he was going that fast. The way he did it was exactly what you’re looking for a week out from the race. He cleaned his feed tub and got shod, and we’ll bring him back tomorrow to gallop a mile.”

We the People enters the “Test of the Champion” off an impressive effort in the Grade 3 Peter Pan where he went gate-to-wire over the good and sealed main track to post a 10 1/4-length victory.

Jon White: Flightline Upstages Them All 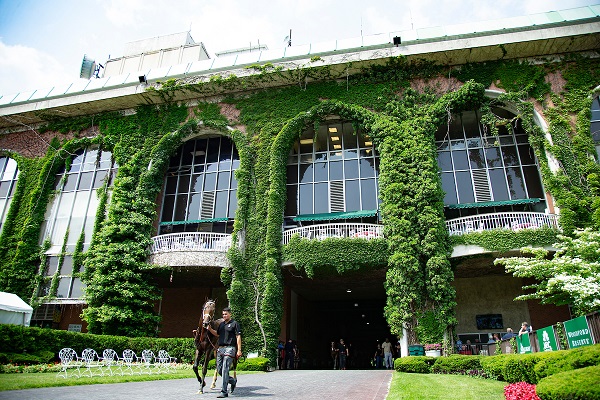 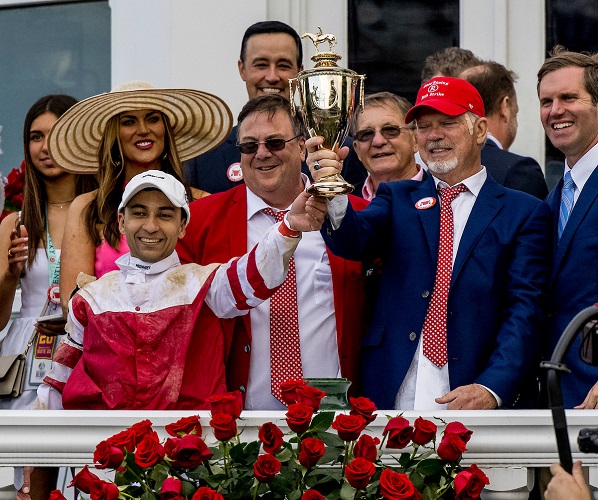 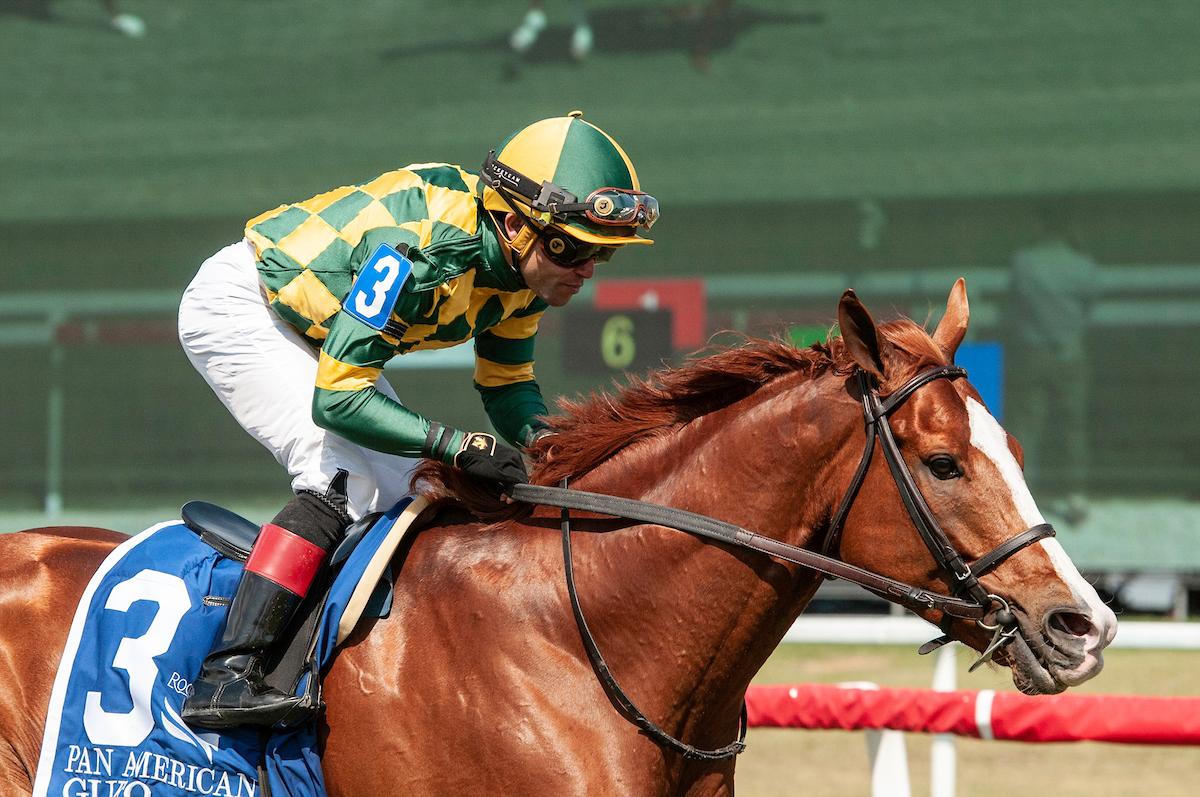 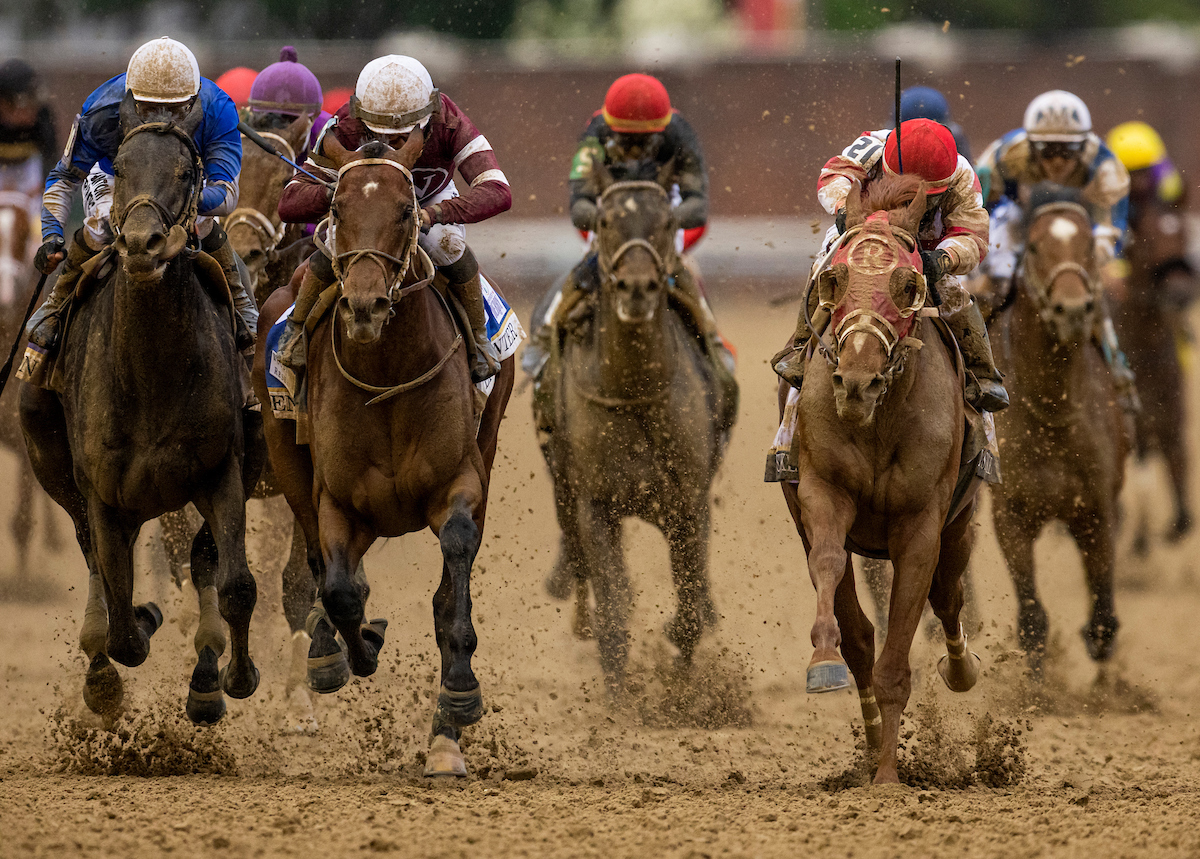 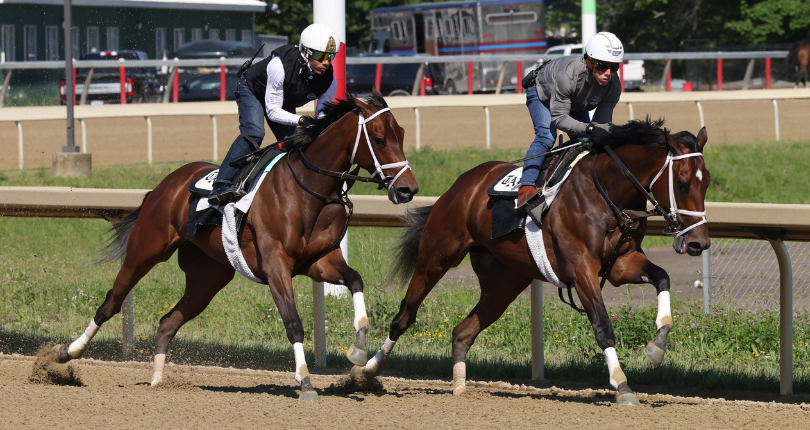